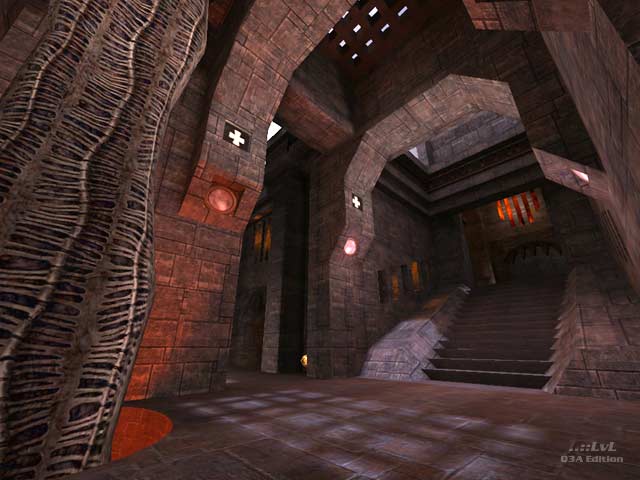 Takkie Rep. 1698
#14   22 Feb 2021
I agree wit the Hubster on this comment #11 That is also the scary and fun part of mapping. Not knowing who will beta test and what will come up. I did this with a few of my maps and it made me and the maps better. Still it is an investment on both sides. Eventually the player will benefit. In hindsight I should have done this on more maps of mine.
This map is too wide and the walkways are too long for me. But it is build very nicely. Victimized by Kit Carson is much more to my liking.
Agree (1) or Disagree (0)

Love the atmosphere and the scale, there's an adventure vibe that reminds me Quake and Quake 2 old good maps, before Quake turned into a "sport".

Ten+ years later and kitdm10 is still shining in my main map rotation!

Agree (0) or Disagree (0)
The Hubster unregistered
#11   10 Dec 2001
I don't think luck has much to do with it. Careful planning, as much feedback from testers as possible (I posted at several forums for testing, and got lots of feedback) is what it's about.

Using friends to betatest is also not good - they won't give you an honest opinion, because of the bias of friendship. Using people you dont know well works great: complete honesty and bluntness gives you a "no BS" approach to feedback. Works like a charm.

This map is far too large for duelling. The scale is massive, and gameplay is nothing but long rail fests with zoom on permantly.

But I will say this: Kit has one of the highest skill levels with Radiant, or so it would seem. Each release he builds some amazing things, whether they're new or not.

Agree (1) or Disagree (0)
Octovus unregistered
#10   10 Dec 2001
Well, whatever I thought of this map, you're definitely still among my favorite mappers. I mean you've done tons of cool and, in my opinion, better designed maps. It's nice to hear you'll have a fuller Beta Test next time. I should have Wolfenstein for Christmas (I hope!!), maybe I can help :-)

And your last paragraph is quite true, but for the true greats there's not toooo much luck involved, I don't think.

Agree (0) or Disagree (0)
KitCarson unregistered
#9   10 Dec 2001
usually i use "private" betatester, me and my friends are all good quakers and we meet often in lan parties where i have chances to test the maps, anyway:) my next map(wolfenstein) will have public betatest,

about kitdm10, the map is of course FFA but is thinked(i'm not kidding:) for tourney and Team, in tourney u must have a good strategy to dominate the map and with few strafe jumps u can go everywhere.

anyway it's not easy for a map reach the glory! i could build an excellent visual map, i could put weapons and ammo in the right places and build the perfect way to reach them....at least i did the 50% of the map, the 50% remaining is lucky!

Kit's maps are always mindblowing in terms of visual quality, but there's always a lack in the gameplay department.

Sorry, not trying to be mean or anything, Kit, but gameplay is always top notch imho, no matter how ugly a map is (eg q3jdm9 is damn ugly, but the gameplay is incredible. It's one map that would be a sore loss on my hdd).

Agree (1) or Disagree (0)
Octovus unregistered
#5   08 Dec 2001
Well, hannibal, when I read your comment I found it very odd. I still do, as I've enjoyed most of Kit's past maps (he's among my authors to watch for) but unfortunately I have to agree at least on this map. It seems faithful enought to q3test's looks, to be sure, but the gameplay falls quite flat. The map quickly becomes a spamfest, especially with bots, and it's a shame to see the beautiful areas near the LG and RA go deserted.

It might perform better in TDM, but it strikes me that most areas would be too easy to defend then. Quite bland gameplay. But as for the author, my hopes are still high; here's hoping I enjoy your next release more, and to everyone enjoying this, all the more power to ya. 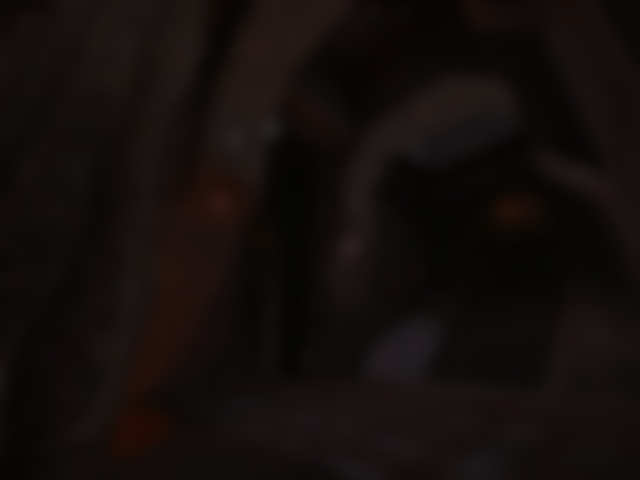