I agree that this is a novelty map. I tried to balance gameplay with realism. A computer chassis does not make a typical or optimal deathmatch layout. I stuck to my theme the best I could.

I also agree that the lighting hurts in some places. The hardware and layout made lighting quite a challenge. Again, I stuck to my theme.

I had never heard of "Btype" until "not entered"'s post. I personally haven't seen any other "in a computer" maps until after this map was released.

I have been mapping since Doom II, but this was the hardest and most complicated map I have made yet. I learned a huge amount in the process.

Agree (0) or Disagree (0)
Octovus unregistered
#3   30 Nov 2001
I agree with most of your comments, I thought of the "friendly review" thing myself to some extent; but to say that it's not refreshing or making a change because of a Quake 2 map is silly. I don't have Q2, and this hasn't been done in Q3. Plus that site hasn't been updated in over two months.

I agree overall though.

And saying that "the gameplay is not so great" (i won't even begin on how much of an understatement that is) and then summing up the map saying it's "a fun map"?

and "refreshing" and "making a change" aren't what comes to mind when describing a map which is similar in theme to "Btype" - www.planetquake.co...el/blevelq2.htm and the ever famous "runtfest"?

it seems strange that a map by Badmonkey, who reviewed many of the other maps in todays update, gets a horridly written review that seems like a friend trying not to be mean.

The map itself is nice, altho it seems to barrow some ideas, the theme is executed well and has nice some detail to it.

Items seem randomly placed and are definatly not balenced (grab a RA, haste and BFG all within seconds). Lighting is functional, with lots of full dark areas. lots of nice little places to feel cramped and ultimatly be frustrated in if someone comes along to blast you.

Like Octovus and the reviewer both said, it's just a novelty map. all style and no substance.

Agree (0) or Disagree (0)
Octovus unregistered
#1   29 Nov 2001
"Novelty" captures it all. It's not really playable, but like Runtfest you can spend at least half an hour finding all the secrets, looking for cool sound effects, etc. Unfortunately it's just impossible to do this in the middle of a heated battle, so real fights quickly become boring. Worth checking out for a look see, though! 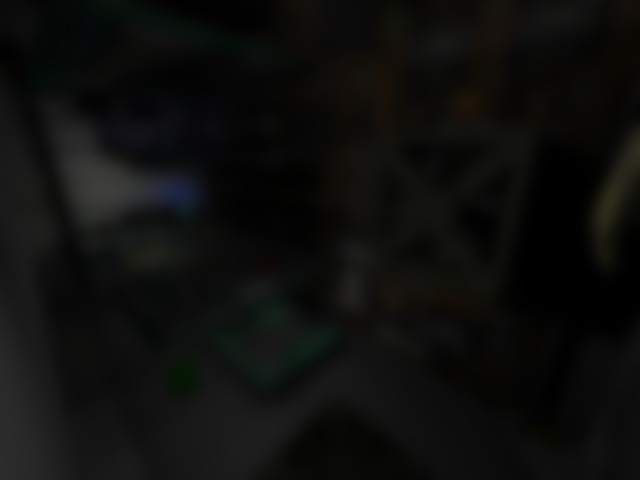