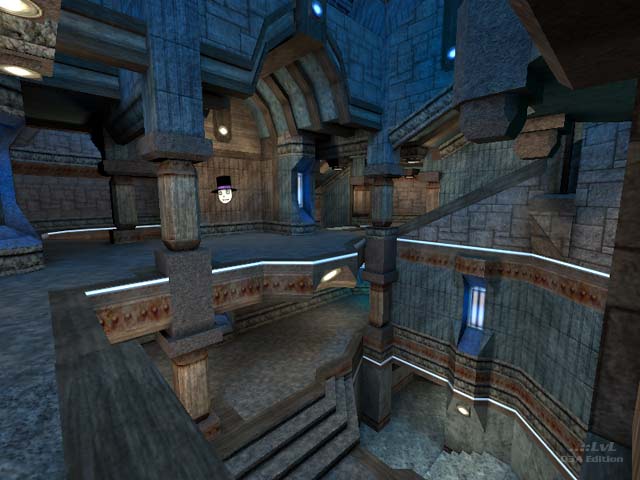 And that RA beside the mega really bugs me.

Agree (0) or Disagree (0)
wviperw unregistered
#17   20 Aug 2001
all you commenting on ugliness/atmosphere - Are you missing something? This map has very good atmosphere. The textures aren't ugly. Ya gotta get away from the stock iD textures once in awhile. :) I would say this is a beautiful map.

Too bad the botplay is really bad. All they do is stay in the railgun section, bouncing up and down on the jp's.

Very good work of all the people involved in this map (nunuk, sock, alcatraz), it just looks ugly to me.

This map looks and plays great. I love the layout and the look of it. I have a fairly high end system but it runs extremely well even better than some of the original id maps.

I havnt had a game on it only had a quick run around. It looks great and looks like it would flow realy well. I felt some textures clashed and sections look a bit to fussy.

I never really noticed nunuk as a good mapper before (i despise space maps, so ive steered clear of most of his previous work) but im very impressed by this map... You can tell alot of effort went into this one..

Agree (0) or Disagree (0)
Monaco unregistered
#7   14 Aug 2001
wow fun fun. I think I know what your favorite colors are now nunuk:) The item placement is straight up amazing. The combo of vertical and horizontal play styles makes this very different from the other maps I have. The only nit is with detail maxed it looks like everything is covered in tiny cracks.

I recently got a 1.2ghz Athlon with a Geforce 2 (yes, I know they've made a Geforce 3, but I'm "poor" ok? :-p) and that lets me run most anything cranked up, which is a new feeling.

Even on lower detail settings Batcula is a beauty. The little cartoon is kinda cool, looks a bit like Beetlejuice. High domed ceilings (mostly without an actually roof so as to let the skybox be seen), beautiful pillars, marble flooring....man, this must have taken FOREVER to make. And if not, nunuk is just that much more amazing.

Plus it's fun to play! Oh my god! Call it author worship if you will, but nunuk is hands down my favorite map maker for q3. It takes more than practice to get this good; it takes a knack for the editor and a feel for the game (plus some good betatesters, and some great collaboration between community members as well). 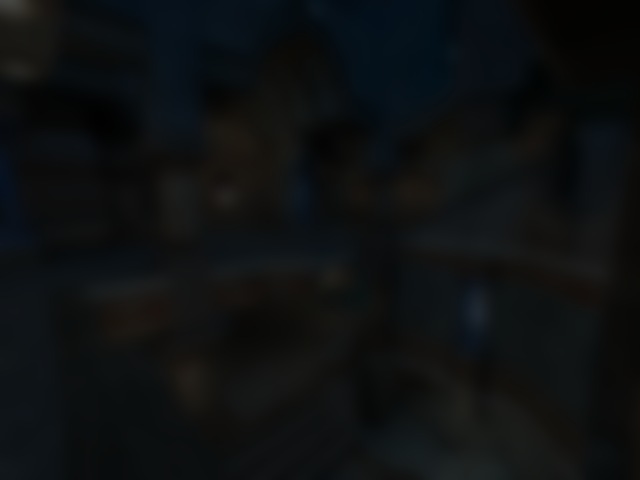