«-·'¯'·.Ðé§§í©á‡éÐ ©ó®þ§é.·'¯'·-» Rep. 33
#1   22 Oct 2013
Hello, I need a more efficient way of creating rain. I use a shader that makes the texture scroll down very fast to make it appear like rain, however this uses up a lot of resources and it causes a few brush problems. Is there a different way of having rain in your map (e.g. particles falling from the sky texture)?

KommissarReb (SW12) Rep. 1758
#2   22 Oct 2013
In the Annihilation mod ( www.quakeunity.com/downloads/13 ), when you start a match, there is an option to change the weather ranging from clear, rain, or snow. None of these affect the sky texture or gameplay, but it is a cool aesthetic touch. The rain and snow are somewhat realistic in the way it hits a surface and has a splash effect. However the rain is a bit slow to fall and the snowflakes tend to be far and few between, but its great to add weather to maps you think ought to have it.

leilei Rep. 297
#5   23 Oct 2013
Q3A doesn't even have a real particle system so you're best doing it by having shaders on brushes with scrolls (which would be fillrate heavy - Q3A had a rain shader cut out from the final game and packed as a Q3Radiant extra, it was rendered additive with a lot of black on the texture leading to large amounts of overdraw) or small brushes with deformVertexes move (which will be more efficient for fillrate, but rain will always look uniform and falling the same way, which might give a more noticeable pattern effect).
Maybe putting deformVertexes rain brushes on multiple unreachable func_rotating entities with different degrees would help fight the pattern artifact but that could introduce a problem for network entity traffic.

Might help to mark 'detail' for the shader stage of the rain texture so it could be skipped for r_detailtextures 0.

Heck, even doing it through cgame's local entity system as a mod (where the smoke trails happen - this is how Annihilation implements it) would be bad since it would hit the small limits of them eliminating rocket trails, weaponhits and rail trails.

I am not a mapper. I am just spewing technical artist theories here.

Edited 10 minutes after the original posting.

KommissarReb (SW12) Rep. 1758
#6   25 Oct 2013
Heck, even doing it through cgame's local entity system as a mod (where the smoke trails happen - this is how Annihilation implements it) would be bad since it would hit the small limits of them eliminating rocket trails, weaponhits and rail trails.
@leilei: Have you tried playing a Q3A map in Annihilation? I mean as in typing the name of a map (could be custom) after loading a featured one upon setting the Weather option to Rain. I never ran into any problems doing this, but if that's not what you are trying to say, please clarify.

In a map I have fog but it is glitched, there are no leaks or errors that I've made which I'm aware of and there is only one visible surface to the fog. The fog has an odd "solid" look on the surface (the look you get when there's more than one visible surface), the only thing that I can think of that may have made it this way is the curves that I placed on the walls where the fog is (which have been caulked from behind). Do curves have an affect on fog?

I'm not at my main PC at the moment, so I can't tell you the names of the one you are after.

Now here's how it should look: imageshack.us/a/img96/2655/xr5m.jpg
It has a smoother transition from the fog instead of having an "edge" look to it.

Edited 6.93 minutes after the original posting.

Tig Rep. 884
#13   05 Nov 2013
I suggest you change to using the id fog shader to test if the problem is a map compile issue or a shader one. After a the test you will know where to look to fix the issue.

themuffinator Rep. 548
#15   07 Nov 2013
Patches shouldn't make any difference at all since they don't affect portalling/vis. Are the stairs set as detail brushes?

Edited 8.48 minutes after the original posting.

I just compiled it without lighting because it takes a while to do it. 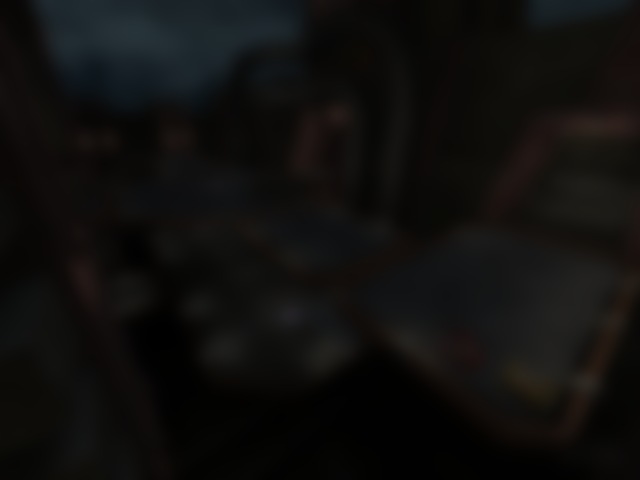