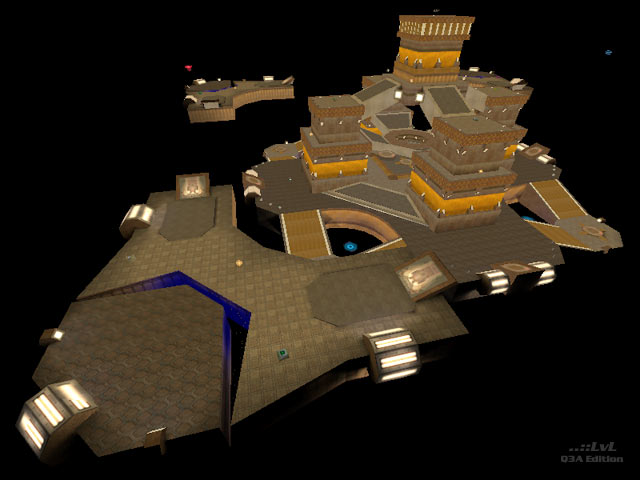 A four way floater with a huge central tower. There is a huge distance from one side of the level to the other and this makes the Rail gun the weapon of choice. The Rail gun can be found at the top of the tower, it is made very accessible via the numerus bounce pads around the map. The main problem with this layout is the same as for q3dm17. As soon as someone has the Rail gun they can stop anyone else from getting it (assuming good Rail aim). The texturing is an interesting mix of base textures and an orange theme. Washed out lighting is the biggest problem as far as looks go. There are no real shadows at all. Game play is good but is dominated by rushes for the Rail gun. A yellow armour would have been nice addition. Bots play a good match with out any real problems.

A very enjoyable map, that would have benefited from some tweaking. 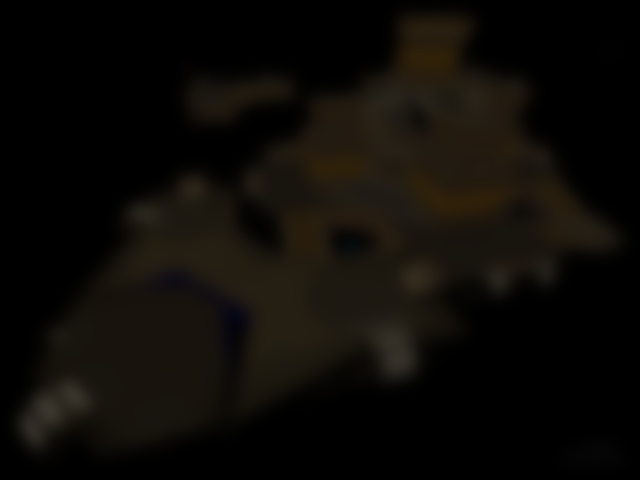