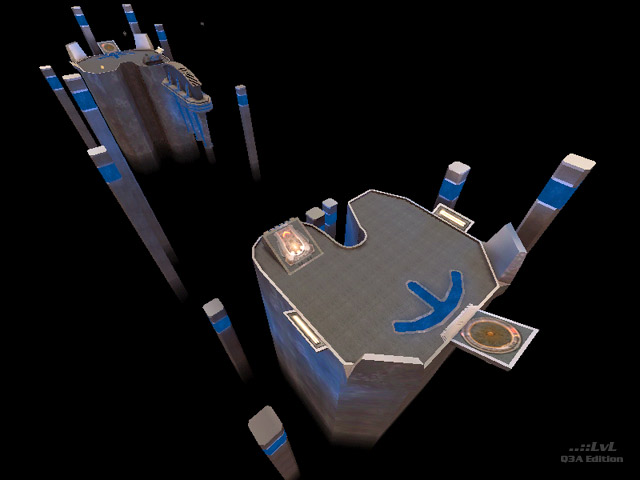 A simple space tourney map based on the idea of medieval jousting tournaments. Despite it's simplicity, "The Tourney" still looks good, with clean texturing and solid brushwork. The layout consists of two opposing platforms, with jump pads sending players between them.

Most of the fighting takes place in the air, with Railgun battles being the order of the day. This is enjoyable for a while but the repetitive nature of the game play means that it's only real lasting attraction is as a Railgun practice map. Bots have no problems.

Great for Railgun practice, but otherwise boring after a few rounds. 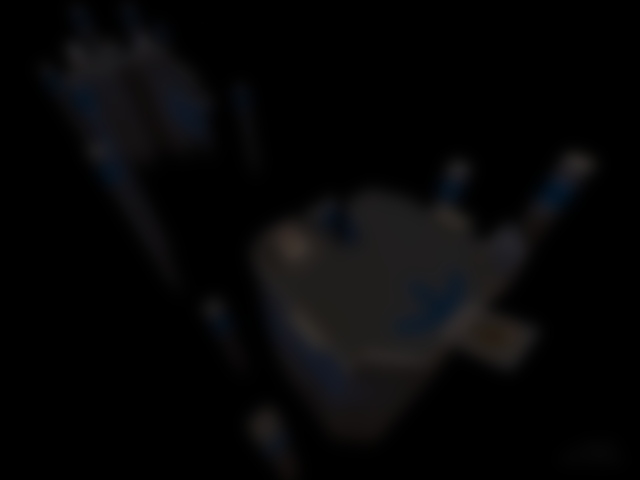