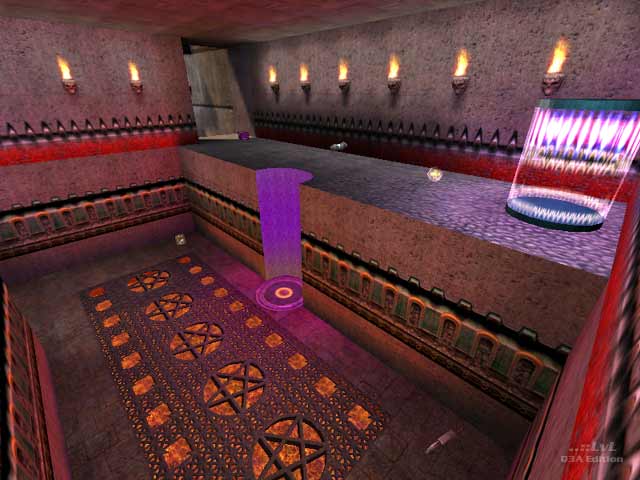 A small gothic arena that feels like it was a learning map for the author. Visually, the map needs a lot of work. Texturing is poor, with some misalignments and large areas all textured with the same texture. Lighting is generally gaudy. The flickering light texture for the ceiling is a poor choice, as it becomes distracting. The layout is similarly uninspired, basically consisting of three large rooms joined by passages and doorways. Game play is pretty dull, its unlikely to keep you entertained for more than a couple of minutes. There is an "Extreme" version of this map, with the items slightly reshuffled, but this does little to make the map more enjoyable. Download link for the Extreme version. Bots generally get around ok, but spend too much time going in and out of the teleporters.

Leave this one alone. 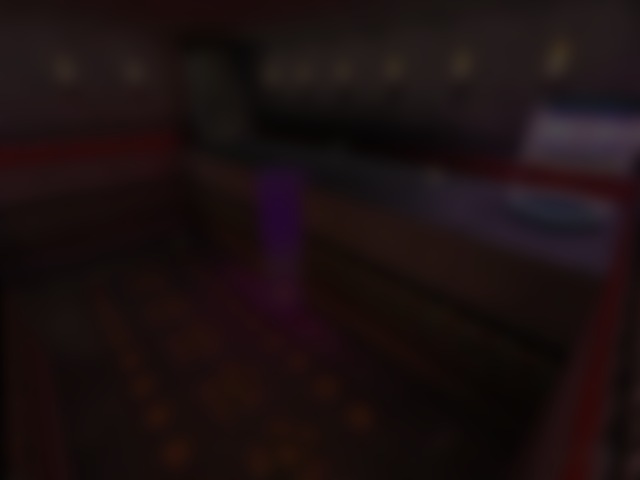