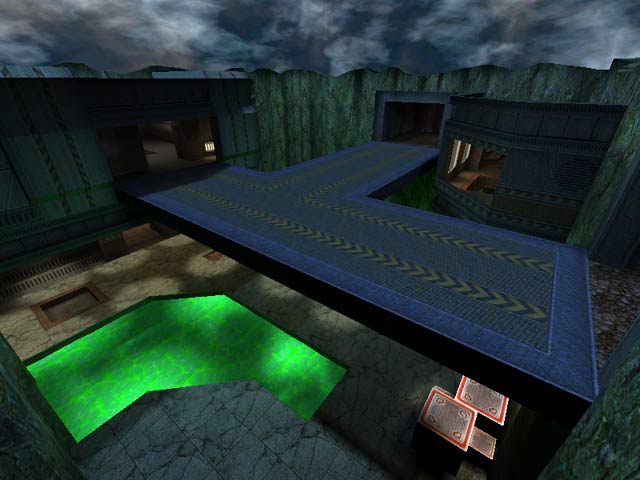 Twilight moody arena set within a perimeter of craggy lichen rock. Pools of toxic slime on the lower floor make going for the red armour and plasma suitably treacherous. There are two platform elevators to the next level. The upper level has a three way over bridge with short corridors and viewing windows through the rock face. Bots have problems with the platform to rock launcher and this area could have been a bit bigger. Item placement is pretty good. The battle armour really gives the player who has it a major advantage by taking away the effect of rocket splash. The texturing is good and the lighting atmospheric but it does get dark in parts. 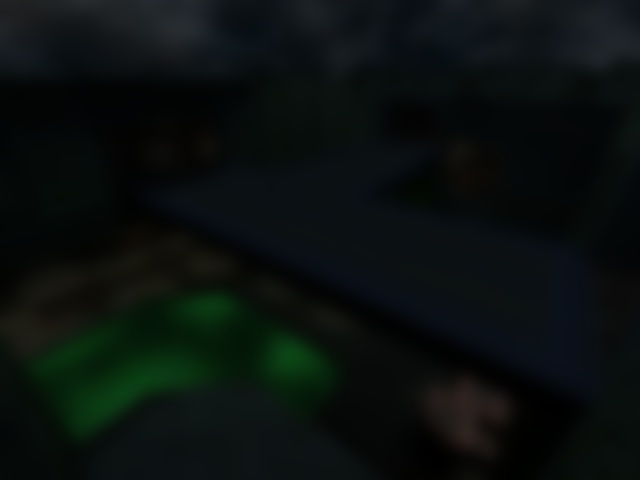