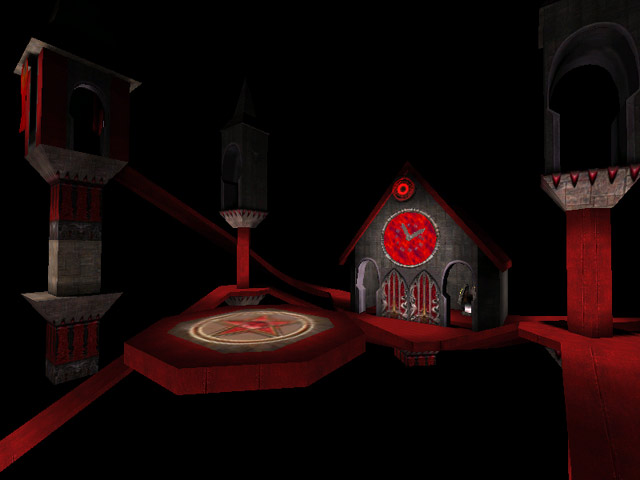 A space CTF map with a crazy clock and some interesting variations on the CTF theme. A fall into the nothing delivers you into a black and dangeous slime. From here if you have one of the many powersheilds in hand you can swim throught the slime from base to base, performing a sneakup capture. Another capture alternative is with the flight powerup. The ramps between bases are a little narrow, making it easy to fall. Bots don't play great and are often found *melted* by the black slime.

Update - The level was originally released as Cuckoo CTF, however Black Forest is the correct name. The d/load has also been updated (25 june 00) 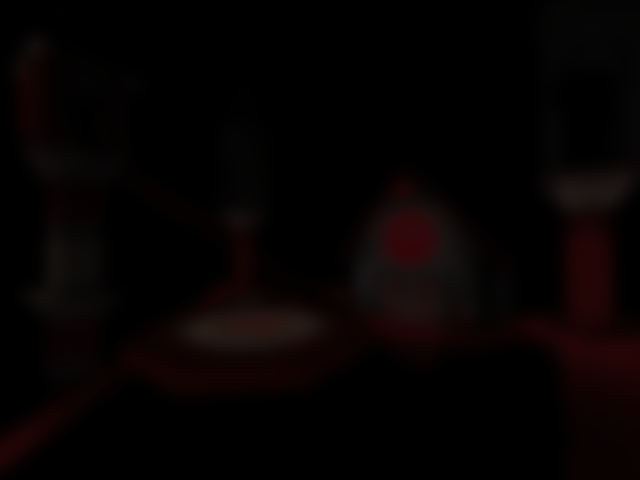