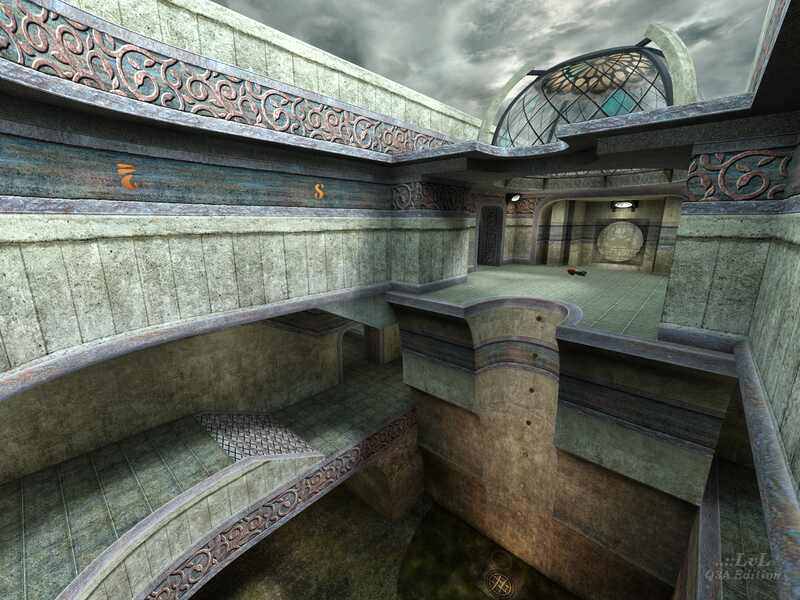 A discard unfinished collaborative map from Hipshot and cityy has been recovered, finished and release as First Rebirth by Gelenkbusfahrer.

It is a solid release, there is no doubt about it in terms of setting and gameplay. Large open spaces with height wrapped in decorated concrete and stone under a stormy sky. The environment is sparse of details with almost the same few textures used throughout the entire map. Some glass windows and boxes that seem to be randomly placed are the only real details. A wall based accelerator is a nice touch on the lower floor.

Item layout could have been worked on a little more. From the top of the dome, you can control a lot of the map, especially against bots. The main reason for this is the bots appear to get trapped or drawn to a spot on the ground near the bottom of the long jumppad that leads to the Rocketlauncher. What is particularly odd about this is the Quad can spawn a few game units away and the bots will still stand on that magic spot.

The readme file talks about Clan Arena, which also implies Team DM games, but the level does not appear in the Team DM skirmish menu. Possibly just an oversight by Gelenkbusfahrer. Shame really as the map does play better in Team DM than a Free For All DM. The readme also mentions Tourney, but the size really does not suit anything less than 4 players.

Worth download and checking out for sure. With a little more beta testing and a few tweaks, especially correcting that bot issue, this release could have been a lot better.

Ranked: No votes yet. 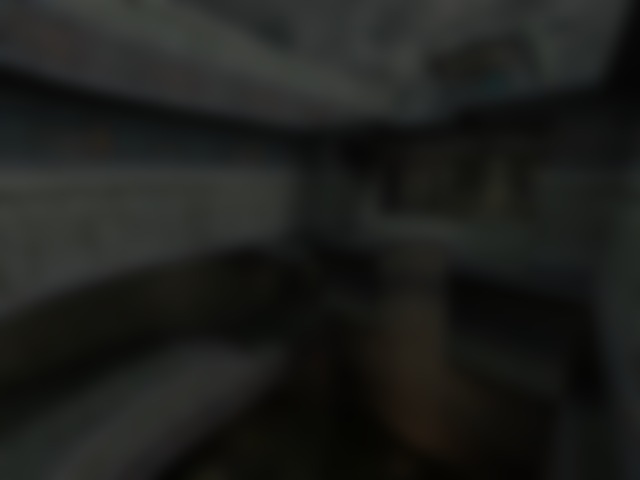