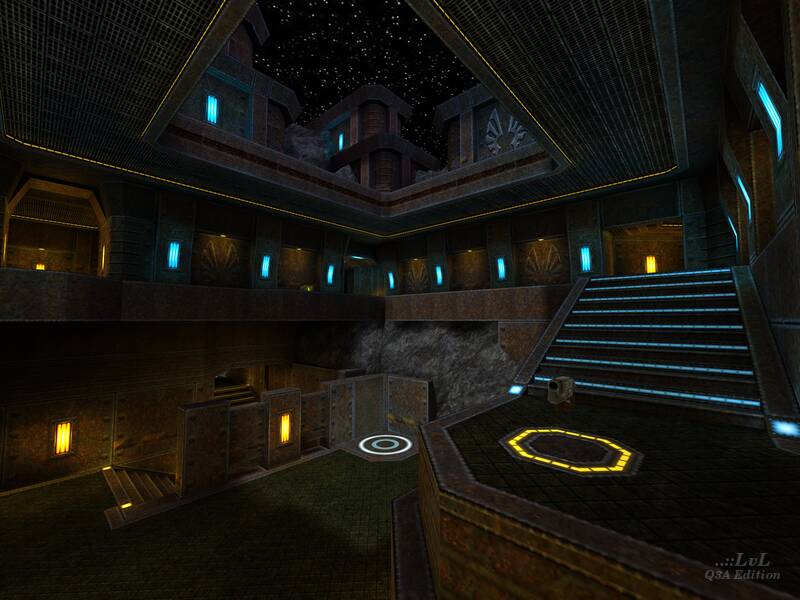 Earth Core Program is a map that was an entire decade in the making, with Fjoggs having started work in 2004 and coming back to it on-and-off over the years before finally polishing and releasing the final version in 2014. Does it make the cut after all this time?

The texture set is none other than Lunaran's Quake 2-style waste pack and I think it may be one of, if not the best-looking map using it. The geometry is interesting and meshes well with the textures, with lots of great trim work as well as rooftop structures and rocky terrain to give the impression of a much larger environment. The lighting is drop-dead gorgeous too, with amazing contrast between dark and bright areas and absolutely delicious complementary color design schemes with cool, eerie blue lights being set up alongside warm, inviting golden lights. All of this is set beneath a foreboding starry sky by Ikka.

The map's layout is a four-atrium affair with all the classic vertical gameplay goodness players want. There are multiple avenues through which to travel between floors, including stairs, jump pads, and elevators. A relatively wide back passageway connects the center room, the RA room, and a side room with the YA. The item placement is, for the most part, well-balanced, with the RA and MH being placed on opposite ends of the map with plenty of angles to attack from.

Though, if there is one slight disappointment, it's that the lower levels seem pretty bare on weapons and major armor pickups, and going down to the lowest levels for a GA seems kind of risky when there is a YA on a high ledge that potentially lets you keep your height advantage and, even if you get ambushed, gives you a nice wide escape route through the tunnel which then splits off into two other paths. I'd just rather focus on that and the RA / MH that don't require straying too far from the upper levels, instead of putting myself in a bad position for only 25 armor as opposed to 50. Moving one of the more powerful weapons like the LG, which currently sits at one of the highest points in the map - and in the same room as the RA, no less - to one of the bottom areas would help provide more combat incentive down there.

I also ca not help but feel that it is a little on the large side for duel, although a 2v2 TDM I could see working. But then again this map does not support TDM (a common pet peeve of mine - you have nothing to lose from including it, and you will expand your audience), so that's a bummer.

The map plays great with both standard Quake 3 physics as well as CPMA physics, with plenty of angled surfaces to do ramp jumps off of.

Overall a great map that, despite some minor vertical item distribution gripes, demonstrates some fine mapping skills. Well worth the download. 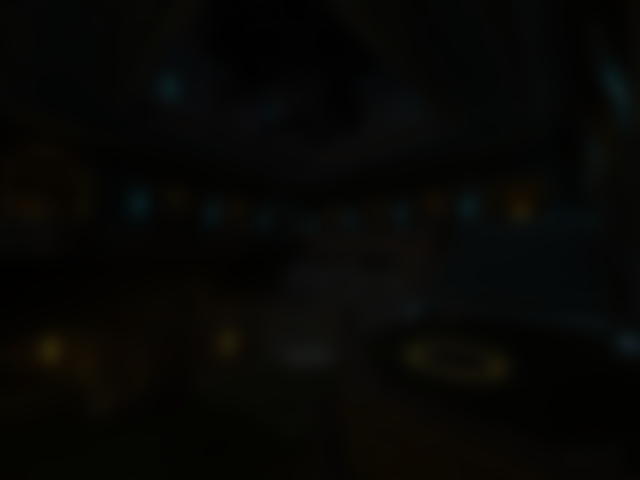