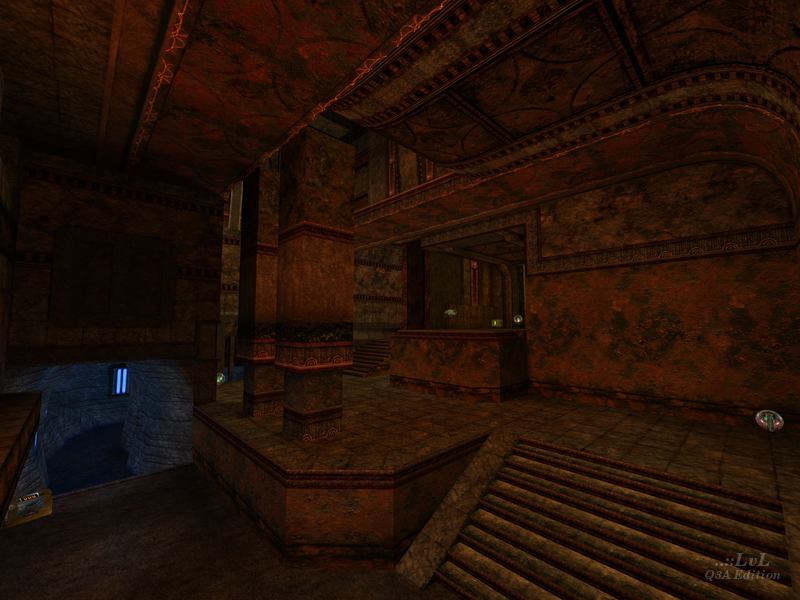 I'll admit that I don't understand what penguins have to do with this map at all (apart from the levelshot), and why they would be inverted. Bizarre naming aside, what we have here is a pretty nice, medium-sized CPMA map that's playable in 2v2 TDM and FFA.

Fjoggs and Voodoochopstiks draw from multiple texture packs in this release, including sock, badmeat, evillair, and undulation, as well as a skybox by Speedy. The texture work here is so natural that you probably would not even realize that fact; it all comes together to create a dark, grungy, and foreboding industrial environment.

The geometry is fairly simple, but serviceable and the lighting is a pleasant warm tone throughout with some variations in color here and there to help add contrast and variety. One thing that does bother me a bit is that some areas seem to lack any apparent light source, which can look really strange, especially considering that there are many other lit areas in the map that have a clear light source. It makes one wonder why this was not done for all lights.

Inverted Penguin has three key rooms for the Quad, RA, and Mega Health. CPMA physics make navigating the map much more pleasant, and also makes the Quad much less of a death trap as the player can ramp jump into either of the two hallways above. The RA is placed at a dead end right next to a lava pit waiting to boil alive any unlucky gladiators. While the Mega Health is situated in a blue-lit rocky tunnel. There is a hole above the Mega Health that allows players to grab the item without having to traverse the cave twice, but in either case one should be careful as the passage contains an open grating located within eyeshot of a grenade launcher. In the back next to the PG is a teleporter that takes one all the way to the Quad room, except players will be spawning in through a hole in the ceiling, allowing for strategic ambushes. Even better, players can stick around up there before making the decision to attack if needed.

A respectable collaborative effort that's well worth the download for CPMA players who love 2v2 TDM. Deserves a spot in the official CPMA mappack for sure. 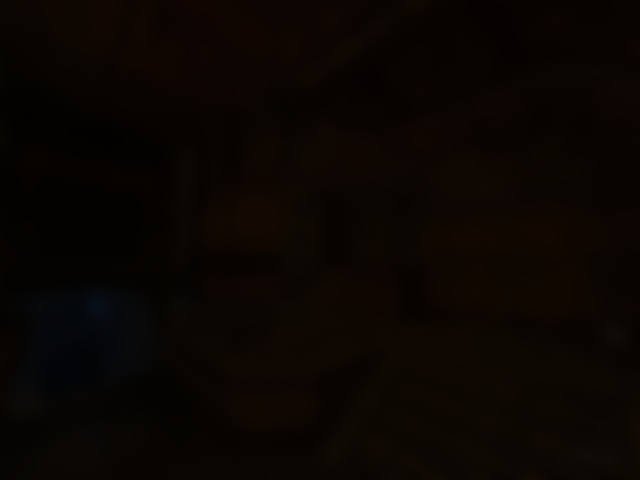