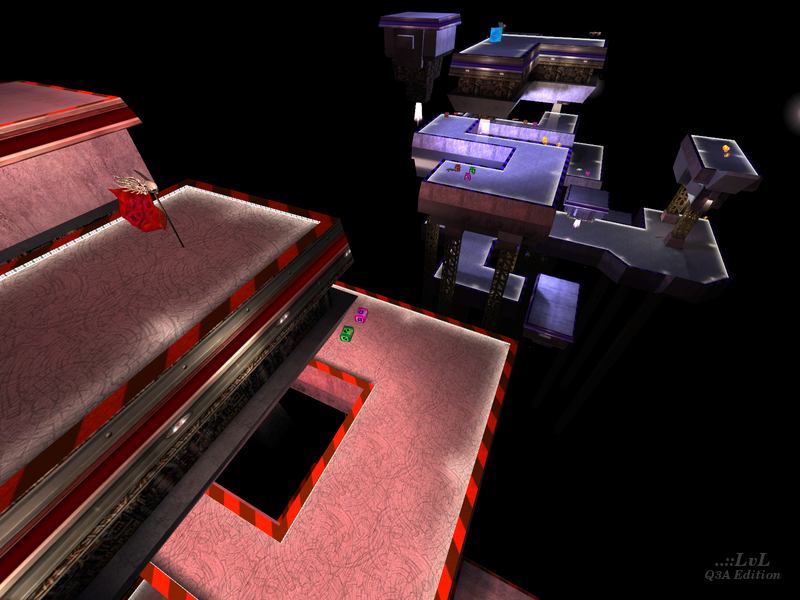 4 slightly different remixed CTF versions of the Q3A original space DM level Apocalypse Void (q3dm19). The construction is solid, but then again there is not much to it. It is a direct copy of the original theme and textures except for the inclusion of red and blue colouring.

As for game play, the maps are just too overwhelming at first. There are so many moving ledges you can just get dizzy trying to remember the patterns.

Of the 4 different version, mix 2 seems to play the most balanced followed closely by the first offering. Something about the final two left feeling like the balance was gone. Captures were just too easy as the platforms seem to line up.

The flight power-up is included, just like in the original DM version, however it does make a flag capture very easy. Swapping it for a Battle Suit might have been more interesting.

Bots play OK and can make captures but they can also be found standing idle on the platforms and out of ammo.

Might be enjoyed the most by CTF fans of Space maps. 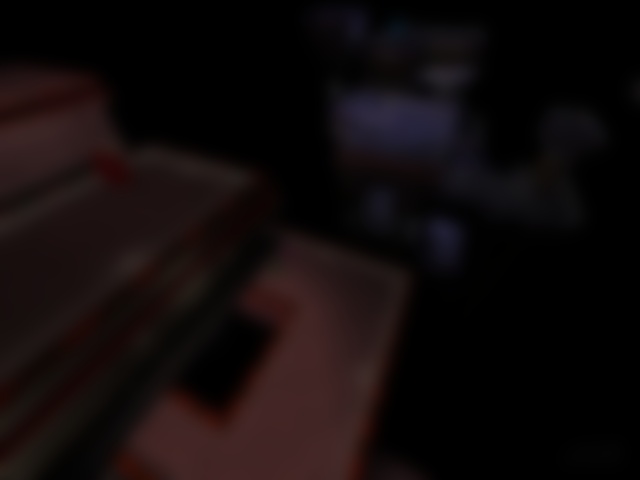