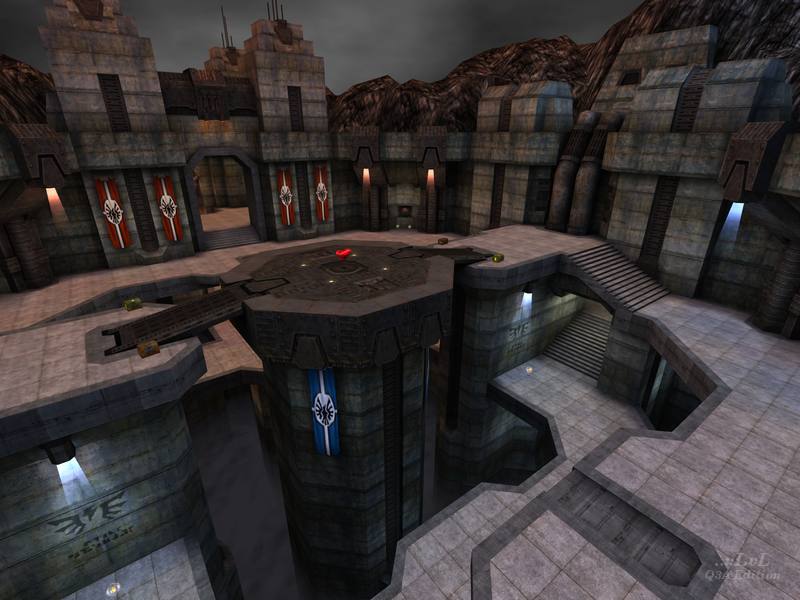 Circle Of Death by the German veteran map maker sst13 is a 6-8 players capture the flag map relying on a clean and immersive Strogg fortress theme. Each team's base consists of a 2 story flag room with a more separated basement underneath. The basement areas are neighbouring low paths going alongside the mid area offering a jumppad connection to the middle of the map and ending in a teleporter connection that leads you close to the main powerup spawn. The flag rooms themselves are directly connected to the center map which is defined by an octagonal pillar holding the Red Armor spawn.

The level provides an outstanding visual experience achieved with very little means - and this is by no means negative. The file size of less than 6MB seems like a magic trick when you are walking through the carefully designed areas of the map which offer well thought through geometry as well as a good set of textures that makes the whole appearance look truly coherent. Ambient fog in deep pits of death as well as the excessive vertical scale of the geometry provide a little bit of a monolithic atmosphere catching your eye in a lot of situations. Soft and well placed lights do not only provide a clear orientation on the map but also support the already immersive design and make this level be without equal among all the Strogg themed releases I have played so far in Quake 3.

Judging the gameplay I unfortunately came to the conclusion that the first impression from the screenshots I had seen during the beta promise more than what is eventually offered. On the map you can find all weapons minus the LG and the BFG; 1 yellow armor and 4 shards per base plus the Red Armor in the center. Due to the generally large scale and the construction of the layout I occasionally found myself having to take detours to find a decent weapon to attack.

My main critic point is that while the map does not actually have an overflow of different areas and is not too complex the general scale makes it seem like a giant. This has negative effects on the gameplay as with the dominance of wide areas and the lack of choke points projectile weapons with splash damage become practically useless. Since the map does not contain a lightning gun this is going to be extra problematic as it is making it difficult to counter the Railgun on mid range distances.

Regarding flow, the level has totally met my expectations, you can move around fluently without any interruption due to poor geometry decisions or narrowness. The only thing that I would potentially criticize is the basement area below the flag as well as the lower corridor connected to it. The Yellow Armor in the basement is practically useless for the defender as, due to the lack of an upwards connection, they would have to leave the flag alone for a long time when going for it. For the same reason, the route can not be used as an attack route for the enemy team - even with a Rocketump it is not easy to reach the flag ground. As a result the area feels a bit like an under-connected one way passage.

All in all, this is a release you definitely want to download and play. You might not want to keep it for the gameplay but the visual presentation and atmosphere make this a map you do not want to miss out on. Additionally you should take the time to investigate on the well planned and nicely executed secrets this map provides! 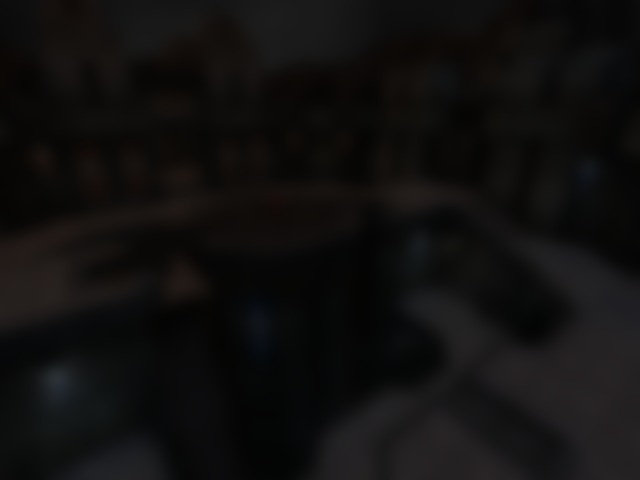