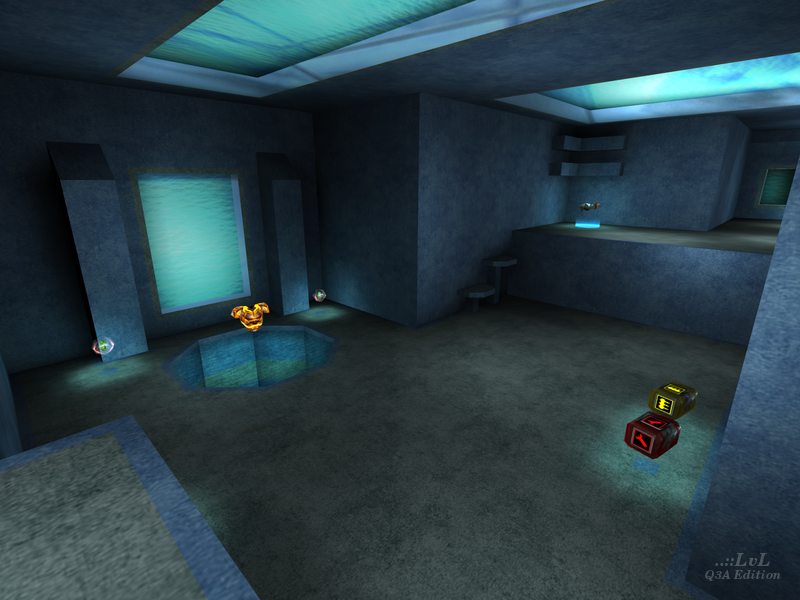 After reviewing The Grit Halls, I was excited to see what else Rust7 had come up with; he did not disappoint.

This small-to-medium map is good for FFA with 3-6 players, but is also great for Tourney. This is a very nice indoor map, which is very... blue. It is lit with a blue light, which adds to the look of the, once again, simple, but nice looking textures.

The flow of the game is excellent, and weapon placement as well. This time there is the SG, GL, PG, and the RL. There are actually two locations in which the YA will spawn, above a small pool of water and on a patch of ice (which is actually slippery).

I would have liked to have seen more of the ice, but it's fine as it is. There is a water tunnel that spans between two rooms, which contains the MH. A Quad Damage spawns in the centre of the map, amid a few small corridors.

Bots played well, but did not seem to go for the MH. Once again, there is no soundtrack, but the map is good enough that it does not matter much.

Probably the first small-sized map that I've liked in a while, it is definitely worth downloading. Well you know what to to. Download away! 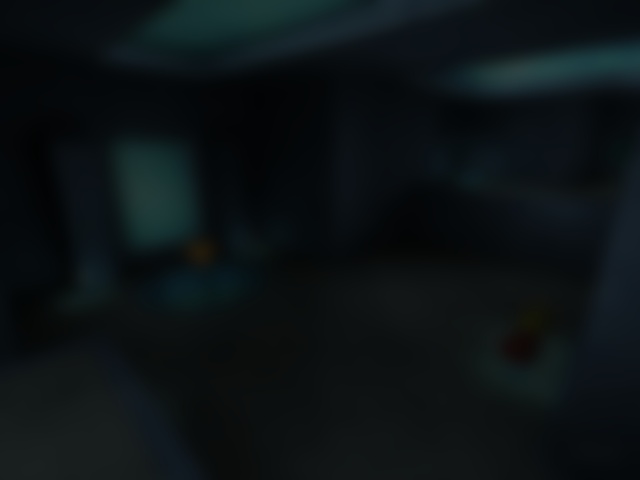