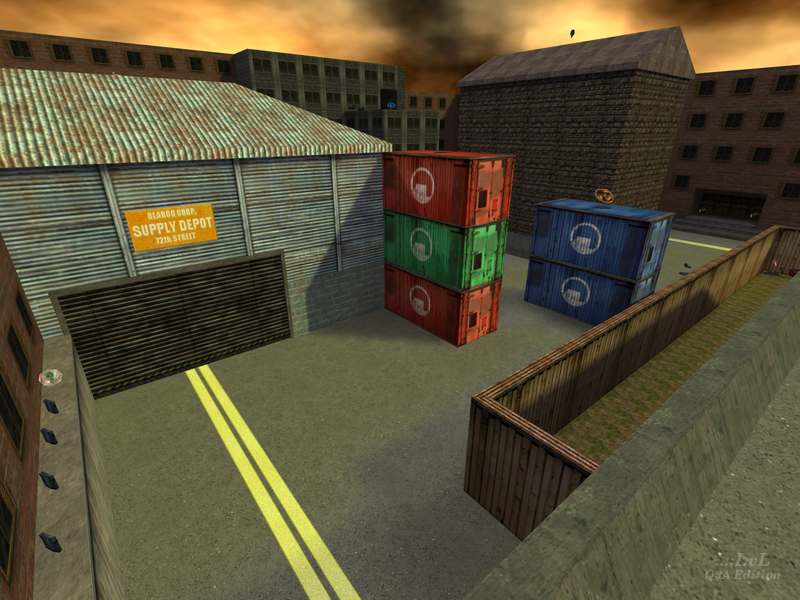 cs_assault for Quake 3 is a compact DeathMatch arena wrapped in an industrial township setting. The map consists of 2 main areas, a wide yard enclosed by crafting and storage facilities, filled with containers, road segments and a few vehicles. The second area is a separated warehouse that has a slight Counter-Strike 1.6 touch to it.

On the map you can find almost every item Quake 3 Arena has to offer, even a Medkit and a BFG which is situated on top of the central yard administration complex. The map contains 4! powerups, 3 of which are spread out over the open exterior and the remaining regeneration powerup being placed on top of a crate in the storage hall interior.

Gameplay wise, there is nothing that really makes for a memorable experience. Due to the very free and open construction of the map there is no real flow forced onto the player and fighting situations appear like rather casual occurrences. Due to the major items, such as the Quad Damage, the Mega Health and the Invisibility powerup being situated in under-connected positions as well as due to the quantity of items in general, their overall value for the player is decreased and makes the gameplay on the map feel sort of arbitrary which is totally fine for a fun game of quake with friends but not for someone who is looking to play something with sustainability.

Regarding the visual experience, the map shows some good tendencies but suffers from the straight orthogonal geometry, the low level of brush detail and the overall low quality of the textures. The author does an OK job getting his ideas of an industrial setting across, however the level does not convince with thought out design and does not give the player the illusion of finding themselves discovering the fraction of a bigger world as the level abruptly ends with invisible clip brushes bordering the skybox.

Overall, this map seems like a fun project the author worked on to play with his friends on LAN but not like a suitable release for a larger audience.

Tigs notes: This is clearly a recreation of the Counter-Strike map Assault (cs_assault), however a lot has been lost in the translation to Q3A. 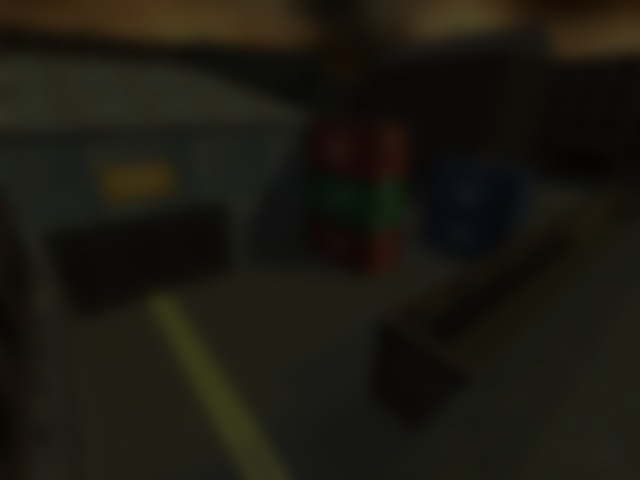