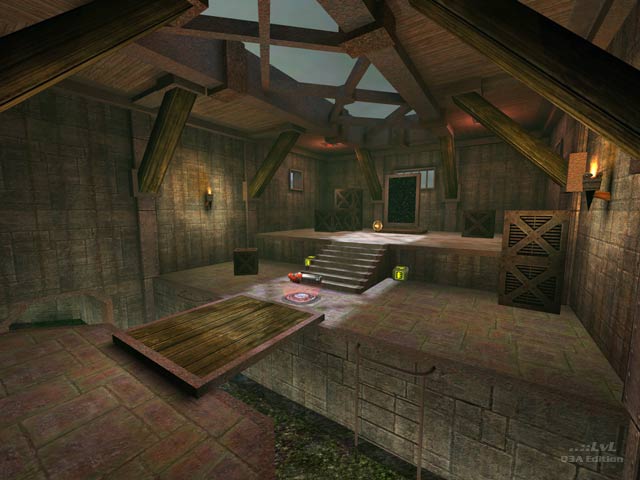 A pack that contains three re-makes of Quake maps. The originals are "Place of Two Deaths" (DM1) and "Castle of the Damned" (E1M2) from the original release by id Software. The third map in the pack is a custom release that I was unfamiliar with called "Schloss Adler" by Zaka.

There are many changes and tweaks from the original releases including item placement and architecture but the overall layouts are mostly the same. Anyone who knows the originals will know the general layout of the re-makes.

From the Q3 Menu system you can only select Place of Two Deaths from DM, Castle of the Damned from TeamDM and Schloss Adler from Tourney. According to the readme file, the maps are supported in ExcessivePlus, NoGhost, Nexuiz and OpenArena as well as other game mod and engines.

Personally, these maps aesthetically inferior to the originals. The atmosphere is weaker, lighting is inconsistent and the architecture blocky in parts. There are sections of each map where the author is showing a lot of promise and good workmanship, but these areas need extending over the entire map.

But how do the maps play? The two id Software remakes are fast and very enjoyable. The tourney level is also enjoyable but not as tight. The layout has a few issues that really could have been tweaked, like the roof jumping edge and windows that can be used as a shortcut.

One of the most interesting features is the change to the item respawn times. Weapons and items respawn with QuakeWorld timing (like DM3 mode). This means weapons are always available (respawn immediately) and all items respawn much quicker too. This really speeds things up.

Bots play all the maps with only minor issues. The biggest of these issues being around the ladders.

The release is not a real keeper by any means, but is worth checking out. 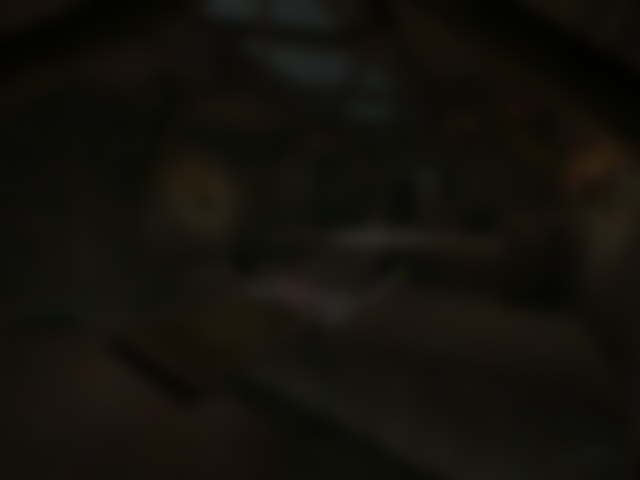