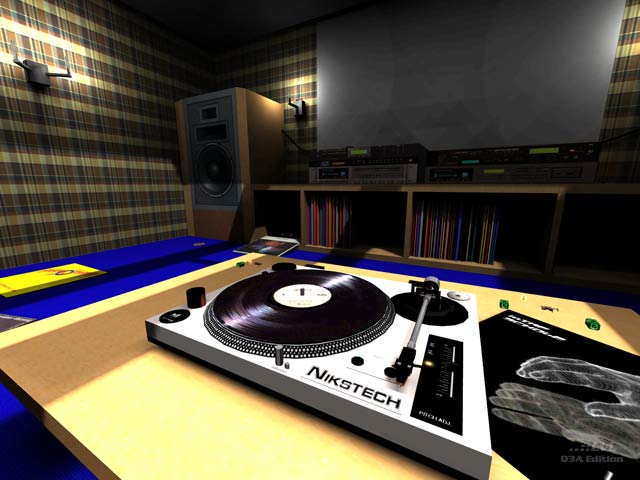 You appear to be size for a small mouse in a big bedroom, with a couch, a record player and a giant boombox. The only light source is a huge skylight in the ceiling and some wall lights. Sadly, there are also a few missing textures which spoils the visuals.

I found myself always looking for health. When I found some there was almost too much of it. Weapon placement was okay with (of course) the BFG hidden in the light system above. There is almost no armor which can have a negative affect on gameplay due to the large openness and height of the map. More armor would have helped with the constant falling damage I seem to have taken.

Gameplay with bots however, was somewhat disappointing. In my opinion the bots were a bit hard to see. You only really see the visual affects of the projectiles. They also tend to stick around the couch and the record player, mostly ignoring the player if he/she is up above on the shelves collecting goodies.

If your a fan of rat-in-a-giant-room maps or just want something new, then go for it. If not, skip it.

Update: The author has corrected the missing texture issue which can be seen in the video. (15th June, 2013) 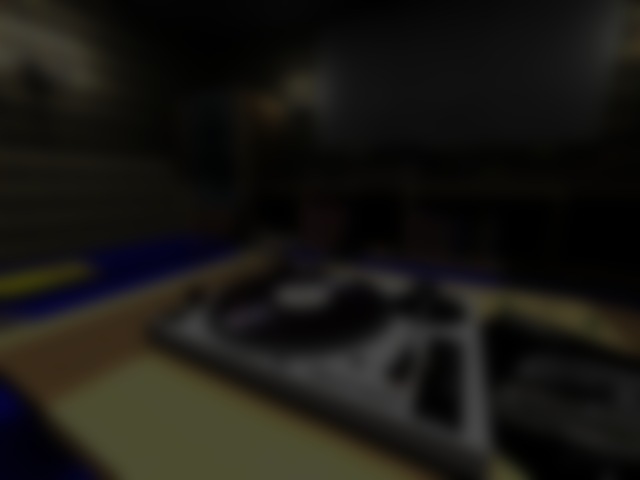