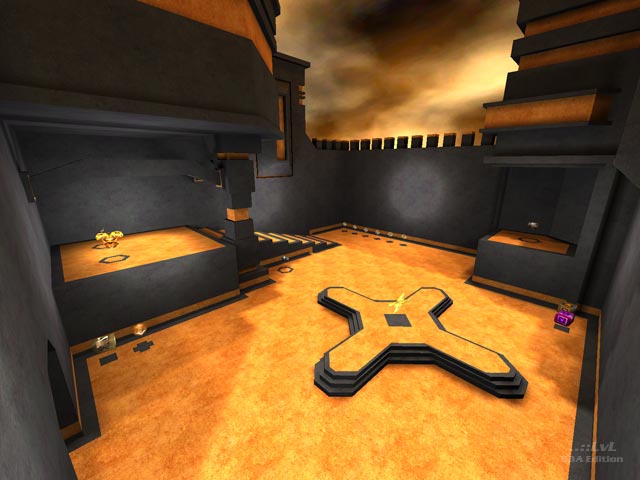 For those of you who know of Rust7, he is quite the DeFRaG artist. His maps have been widely used throughout the defragging community. When it comes to his actual arenas, however, that's a different story. OrangeTown is a small chapter of that story, for that is what it literally is: small. The looks of this map are somewhat above average, mostly due to the vibrant oranges and quaint lighting.

Three main rooms make up this map. In the first room: a LG rests on a podium, with a RL within jumping distance. In the second room: the Haste power-up, stairs up to a YA and a SG, and a GL (requires a rocket jump). And the third room: a MH (also requires a rocket jump) and a tall tower, which contains a RA and a spiral staircase that leads up to the RG and a portal. Miscellaneous ammo clips, health and armor shards are scattered around the map as well.

There are varied issues to this map, some which can get you a little frustrated. The big one is the spiral staircase: it is very tight and it can make you feel like an easy target for attackers down below. Another peeve is the fact that there are too many items shoved into this map. On top of that, the item placement is flawed. Moving the RL to the LG pedestal, taking two or three ammo clips out and maybe knocking out the PG could make it little better.

There is a bot file but it is majorly flawed: when the bots are loaded into the map, they do not move unless there is something in their line of sight. Therefore, human players would be required. Update: See bot file patch details below for a fix.

I have always been a fan of Rust7's work no matter what he makes, whether it's an arena map or a DeFRaG course. In my opinion, I'll keep it for a couple of rounds. As for you: if you like DeFRaG and/or have the mod installed, give this one a shot. Those who don't, I suggest trying this map at least once or twice before skipping it.

Tigs notes: The bot issue may be (somehow) related to the orange texture used on the ground. If you watch the bots, they seem to try and avoid it as much as possible. It would be interesting to re-compile this map with a different texture to see if it fixed the issue.

Bot file patch: Colton has made a bot file patch that improves the bots a lot on this map. Highly recommended that people download the patch as well as the map. 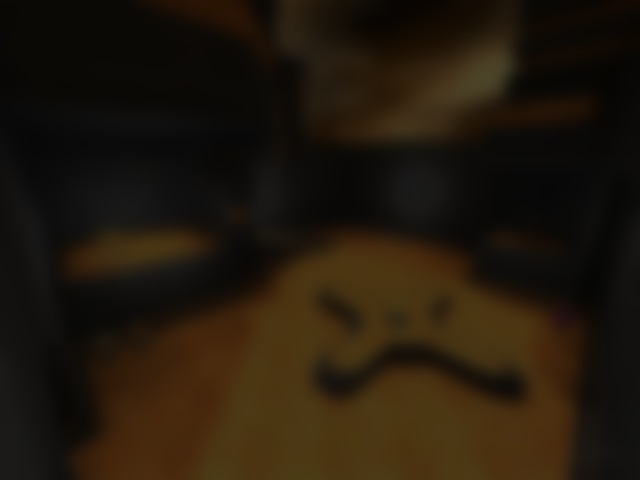