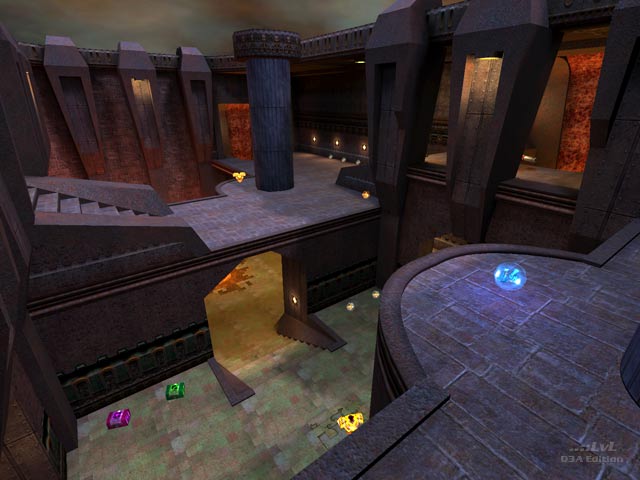 A small but open gothic-themed arena by Veldrin sets the stage for brutal, long-range free-for-alls and fast-paced duels. It is named after the Nine Inch Nails song, which is fitting since the band has performed work on the original Quake's soundtrack, and due to the crumbling, decaying atmosphere.

The map is quite uncomplicated - the layout is very reminiscent of many Rocket Arena 3 duel arenas. In this case however, it's the beauty of simplicity and it really does shine through here. The arena's flow is roughly circular, with a tall column in the center and three jump pads on different sides granting access to the higher floors. You can reach any area of the map in a matter of seconds. Other well-placed columns provide cover from enemy fire.

Item placement is generally pretty good. The author insured that the more powerful items were more dangerous to acquire, and it shows. The RG is located at the lowest level of the arena, and while there is lava nearby, it is not the main threat since it is easy to avoid falling into - it is the fact that anyone can ambush you from above with rockets or plasma. This is a good thing because the openness of the map makes the RG the weapon of choice for most players. There are two YA's and one MH, the first YA being right next to the large central column and the other on lower ground right next to the MH which is up on a high ledge. Usually the close proximity of these items is just asking for unbalanced duels, but considering the compact layout, the other player can attempt to take back control with one of the YA's. Weapon placement is characteristic of a typical id tourney map, with a limited stock including the SG, RL, RG, and PG. But there is no need for anything else - the map performs quite fine with what it has.

Visuals are clean and establish a fair environment, using a typical id Gothic set. The lighting is not soaked in a Sunny-D orange hue however, but rather a cool blue tone which gives it a slight Quake 1 feel.

Bots play fantastic here. Don't ever let them grab the RG or PG, whatever you do. They are deadly accurate with it, and if you are caught within their wake you are a goner for sure.

Somewhat Damaged is one of the oldest maps in Quake III, but it has never been reviewed on ..::LvL until now and most people probably are not familiar with it or have simply forgotten. While it is not in the "jaw-dropping" department, I recommend you take a gander and even a few games. It makes a nice break from the usual complex arenas if you are craving something short, sweet and simple.

NOTE: This map is not to be confused with the RA3 duel map of the same name, which was made by Adam "Senn" Bellefeuil and released within the second official RA3 map, "Liquid Blue".

Tigs notes: This level was originally released 17th Dec. 1999, long before there was menu system support for custom maps in Q3A. However, in the download you will find a lvl_vdamaged.pk3, which will allow the level to appear in the Q3A menu system. 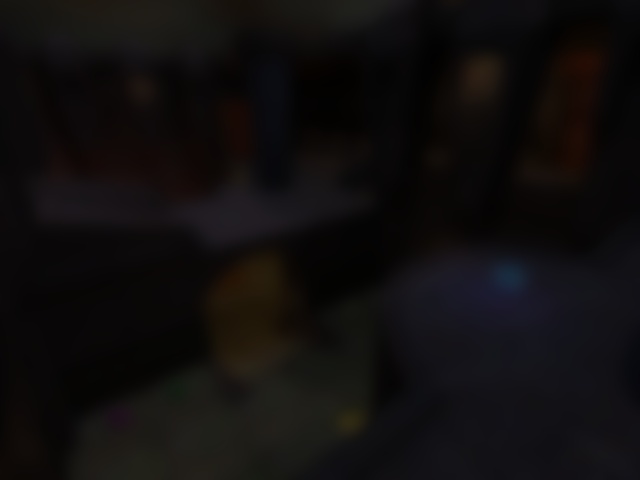