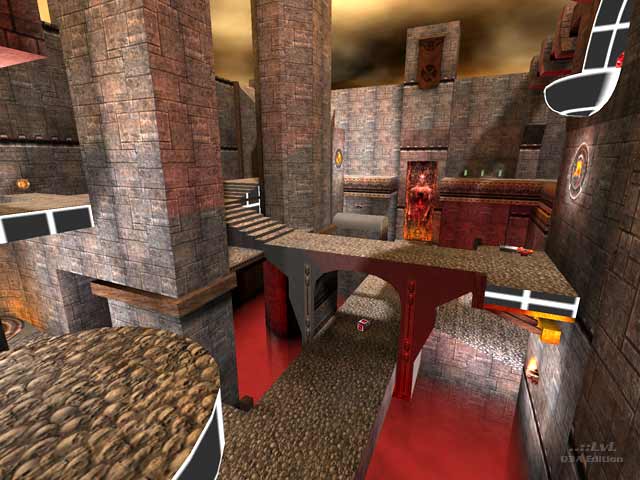 Fragment by KOHTPA is a small deathmatch map designed for 2 to 4 players. Although certainly a good effort by the author, there are a variety of issues that keep this map from standing out from the vast number of custom levels.

The positive aspects are primarily the creative placement of the RA, which sits on an inverted cone platform high above the map, and the RG, which is on a dangerous arch platform hanging over the death fog. The gameplay is a fairly straightforward experience of constantly fighting other players due to the small size, with trips into the fog interspersed. Some of the item placement is questionable, particularly the MH, which is oddly located on one of the sides of the symmetrical central area, which seems entirely arbitrary. The spawn placement could also use some work, particularly the one that spawns you in between a large column and the wall, and at least one located on the edge of a platform overhanging the death fog, which led to immediately falling a number of times.

Visually there is a large amount of room for improvement, and I would encourage the author to beta test his future maps at some of the editing forums (try either Quake3World Forum or leveldesign.nl). Some specific problems are: sparklies, unsourced lights, mismatched light/light source colors, poor texture alignment, and odd texture coordinates on the RA platform cone.

To conclude, I would recommend skipping this one by if you are looking for an arena to run around in for an extended period of time. If the author engaged in some discourse with others in the editing community, I'm confident his subsequent levels will be much more worthwhile. 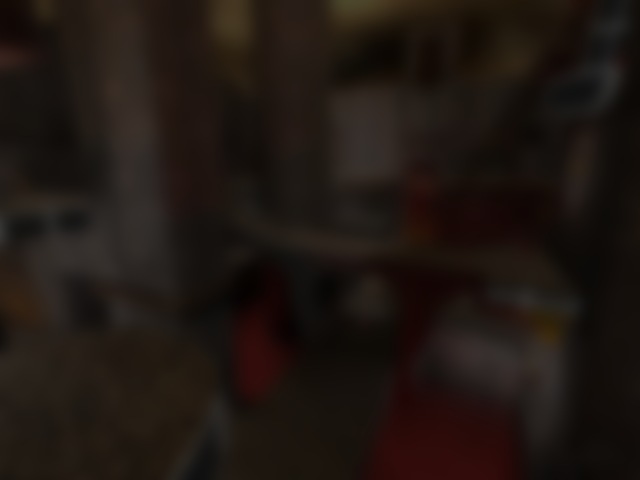