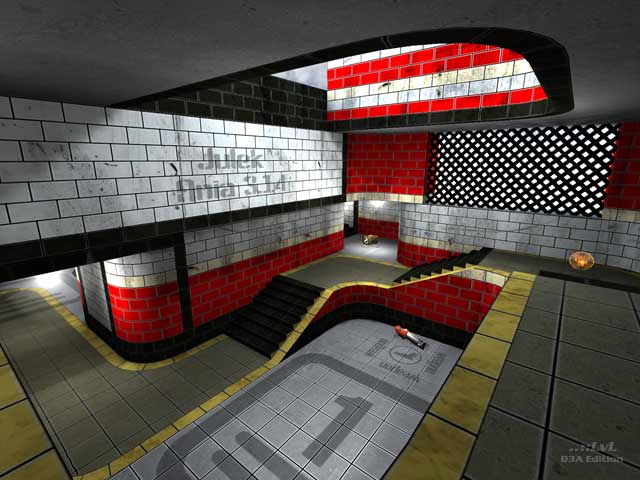 Julek's maps are well known for two things, a penchant for small tourney maps, and the authors rather unique choice of textures. So, if you liked Julek's previous releases, then you will not be disappointed by the latest offering.

Decked out in predominately red and white brick, with some yellow and black trim added to the mix, Jul - Motion is a small two roomed (and a stair well - more on that in moment), two tiered level. Weapons include two RL's (one up, one down), one PG, one LG and one SG. The prize possession of the map has to be the RA which is top side of the map, though there is some armour shards and green health bottom side to compensate for this.

There is also one ammo clip for each weapon type (excluding the default MG) scattered strategically through-out the map to encourage movement. At first I thought the placement of the LG ammo was kinda strange being so close to it, at the bottom of the stairwell but well you run out and need some more it is risk to go and get it, so it works really well.

The map also includes two teleporters, one of which takes you to the previous mentioned stair-well. I mention this because Julek has made great use of decals through-out the map which identify the area you are in, and the location of all the items in the map. The stair-well (which houses the LG) is labelled Area 3 but is really nothing more than a connecting stair well. Other delights include a great looking jump-pad and some nifty use of light flares.

Game play wise it is fast and furious, with nowhere to hide, so if this is your style then this is for you. If you like your maps a little more complex then look elsewhere. Lastly the arena file does not include a default bot, but the map does support Bot play. Nice of Julek to let you choose your own bot to kick around for those that want to play this offline, don't ya think?

Final words: Easily Julek's best work to-date. Don't be put of by the lack of size, it isn't everything after all.

JUL32 is a tiny map consisting of 2 rooms connected by several short hallways. The architecture and layout present nothing original and there is no interesting or new game play.

The texturing is fine, although very simple. There are custom textures and custom shaders, especially on the bright white lights that appear throughout the map.

Detail is very low and there are no interesting features to look at.

The item placement is acceptable; there are 4 weapons and an appropriate amount of health and armor. Given the size of the map the RL utterly dominates and in my opinion should have been left out.

The bots play OK, they seem to use all routes and pick up most items.

Overall this map is weak in several areas. Although playable, it is just too boring and plain for me to recommend as a download. 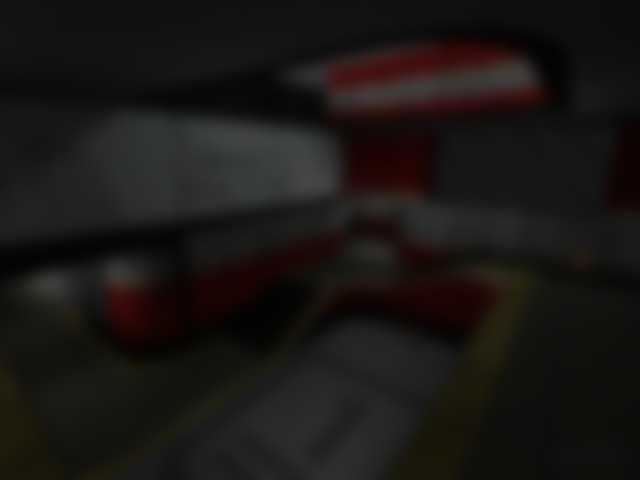