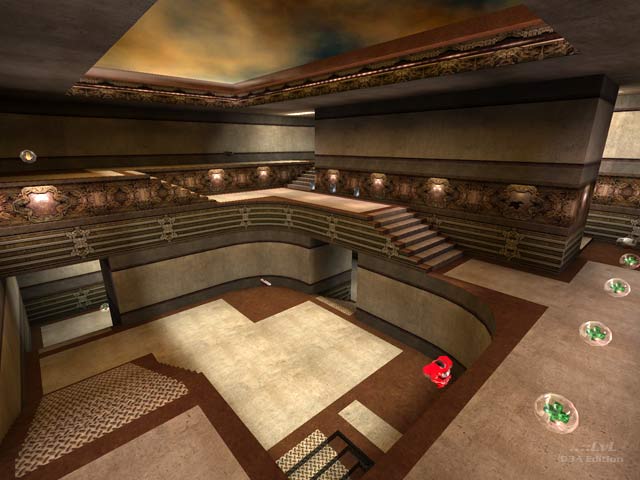 It would be relatively easy to dismiss this map as another map that was quickly knocked up by yet another newbie mapper. You know the formula by now. Erm, draw a box, make it two levels, and then add some items. Ooo, look I can even round off some of the corners, and I'm done. And for most maps like that, that is probably true... I know it was with my first map. But let us for one second take a closer look here shall we. Read on.

Q3Peer, of which this is the vanilla Q3 version, is one of several small maps made by Takkie. Apparently there is a TA version as well in which the LG is replaced with the Nail Gun.

If we get right down too it, it's a multi-levelled box as I indicated above, though this one is slightly more complex (and I use the phrase loosely) because it consists of a single main area (two tiered, though the upper tier is at two heights) with a couple of corridors coming off of it. A teleporter, stairs and a jump pad all provide access to the upper level. And, to give you an idea of scale it's two strafe jumps in any direction to get from one side of the map to the other.

At first appearance the map appears be too simple to hold anyone's interest for more than a few rounds. And for some it probably won't, but don't for one second let that put you off, because what we have here is an ideal arena in which you are pushed to use all those years of practice in honing your skills.

Yes, Takkie has created a rather simple yet clever little map. The map contains 1 of each weapon (with the obvious exception of the BFG), no ammo clips (the map is too small for those as well) and an RA. There is a small amount of health and armour shards on the map to aid recovery and provide balance to the RA whilst not enough to detract from the importance of grabbing this item.

On top of this they are cleverly placed to provide additional audio clues as to the whereabouts and direction of your enemy for the few times they are not in view. Because of the size of the map no one weapon is any more dominant than the next, even the default MG makes for a good weapon choice.

Offline, the chosen bots (razor and visor) will for most these days be easy enough to handle even at Nightmare level and yet Razor is a good opponent for those looking for some decent 1v1 duel practice without having to be concerned overly in-human aim.

The map itself is done out in the nice clean brown, white and grey shades from the Q3 Base texture set and is nicely presented. The use of textures is applied really well and the teleporter is a nice yet simple touch.

In summary, if you like your action up close and personal where 98% of the time you can either see or you know where your opponent is then Takkie's maps are for you. If your looking for something a little more complex then, this is not for you. Me, well I usually like a bigger map and am more of the Q3DM13 1v1 mould, but I'll tell you what. I'll be keeping this one for a while yet. 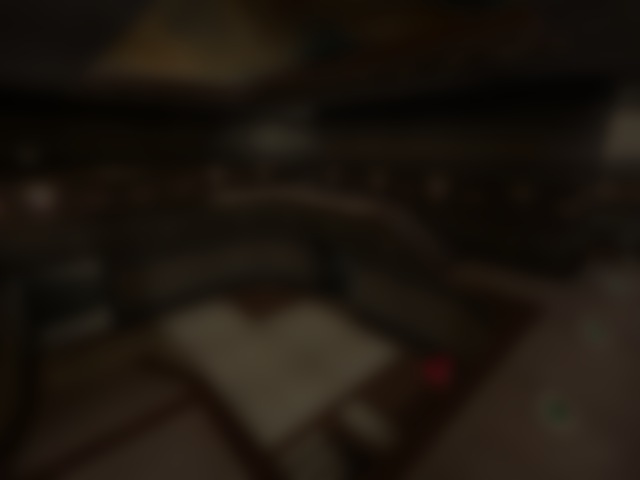