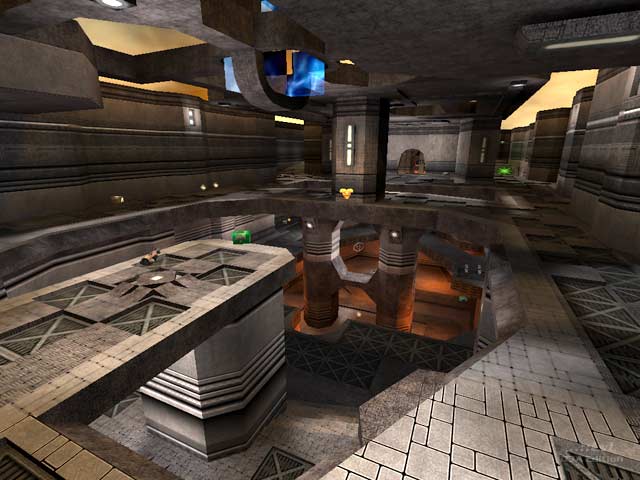 Map for Rota, is a very large and open fighting style map. The map is a long oval with multiple levels that stack on top of each other with many areas to both shot up and down. Weapon places are plentiful, you will never be without one, nor will it be low on ammo as the map is blessed with ammo everywhere. Bot support works well as the bots have no trouble travelling around anywhere on the map to fight you.

Now, the map being so large with space, you need a lot of players for FFA or Team DM. The map is set-up for Tourney mode as well, but a 1 vs. 1 in this map will end up turning into a sniper match as a Railgun is on both ends of the map.

A few technical glitch, the map has no level shot (it was named wrong in the pk3 file), so it kind of detracts from the polished completion from the author. The map has a few texture blips, mainly just end caps on arches with the texture not aligned or in the same direction as surrounding textures. The poly count on the map is very, high. It is a very open map, I understand from the map creator perspective, there is not much you can do to help that.

The author did clip out the top of the map, so you can not rocket jump out for fun - which is good. The only thing is, the entire outside and top of the map renders where no player would ever be able to see, further raising the poly count from an already high number. A lot of caulk texture work could have been done to help this map render faster for those with less than modern computers.

The lighting could have been a little easier on the eyes as the top part is lighted well, but the bottom part makes you eyeballs spin trying to pick out who is your opponent. The lights below also have no light source, so it is kind of like a mystery light everywhere in spots that appears to come from no where at all.

Overall, I found the flow and play of the map a little rough. The map only has 7 spawn points, so if you start an 8 or more player match, except some annoying telefrags. With so few spawn points, everyone just ends up fighting around where you spawn which can mean multiple deaths in a row before you finally get away to find a weapon. Campers with rocket launchers will love this.

The map could use a lot of polish work to make it more enjoyable.

Tigs notes: There are a number of errors that could have been fixed and would have allowed for a higher framerate and a lower compile time. 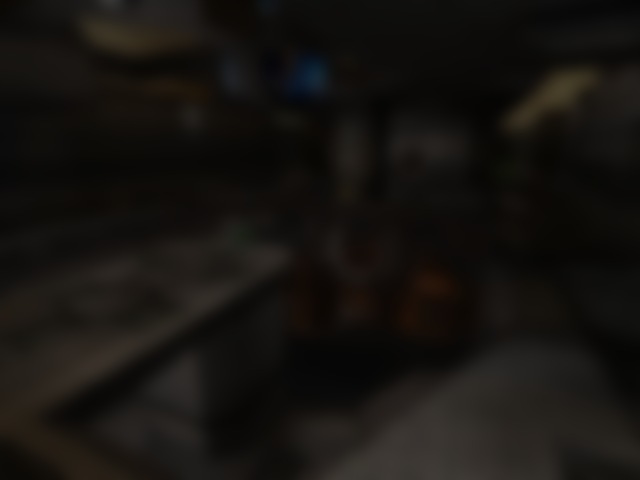