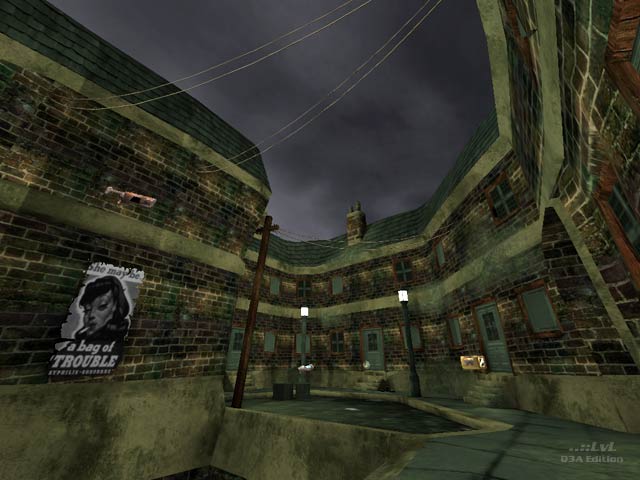 dONKEY is an awesome mapper and he evidently pledged to move on to bigger and better things in D3 and Q4. Lucky for us, he has been drawn back to good old Q3 and his final swan song (olt means One Last Time) is in the form of a small tourney map.

Imagine a small, gloomy village where Jack the Ripper lurks around looking for victims: that's the feel of this map. Cobblestone streets, gas street lamps, shuttered windows, and a blood splattered sewer are all created with dONKEY's own textures and imported models. However, beware those with wimpy computers running in vertex mode: dONKEY is layering textures and only the background texture will show up: all green. There are 3 levels: an upper, open atrium with a small side street; a middle level which has 3 small connected rooms; and a one-room sewer/dungeon. Water in the sewer, empty wine bottles, spiderwebs, newspaper clippings, and telephone wires all complete the atmosphere.

Item placement is well done: 2 YA, haste, and enough health and armor shards to keep you alive for a little while. Weapons include RL, SG, PG, LG and RG. Several jumppads help you move between the levels easily including a central, vertical opening from the sewer to the sky. The jumppad here shoots you up to the RG floating in space. It's almost out of reach, and I'm not sure if air control, plasma wall climb or rocket jump is required- but I could only grab it occasionally. The Railgun is almost overkill for such a small map anyway.

3 or more players simply turns into chaos. Otherwise, gameplay is either cat and mouse or run and gun, and listening for item pickup or splashing water comes in handy to locate your prey. Bots play very well and most of the activity centers around the RG/central jumppad where picking your enemy out of the sky with a rocket becomes a common (and very satisfying) occurrence.

Grab it now for a nicely done tourney map.

Reviewed by remnent
P.S. dONKEY- Don't let this be your last!! We want more, much more... 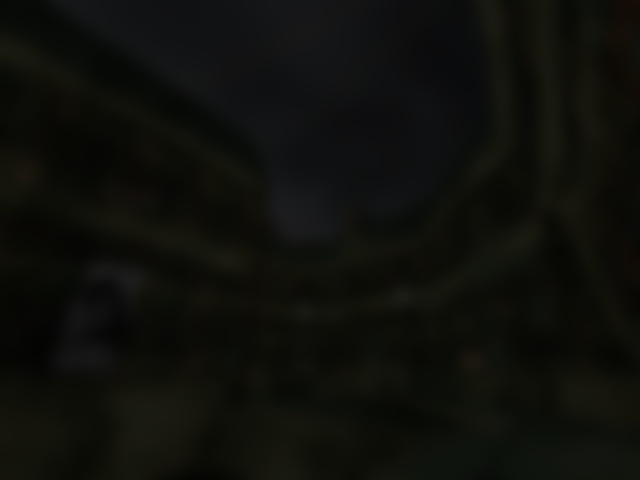