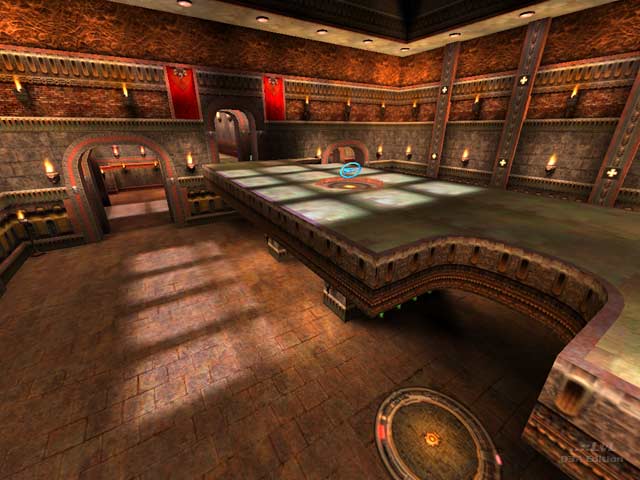 A mid size CTF in classic Q3 Gothic textures. Lighting and texturing is very nice throughout with the exception of the red base, where the dark walls and bright floor creates a high contrast. The layout has three main runs between the flags, with few options to change paths. While this is a good thing to have, the entrances to the base can all be controlled by a single player with a RL. Another down side to the layout in a 3vs3 match is the clean home run problem. If you manage to get into the base it is possible to get back to your base without seeing another player. This may not be an issue with a 4vs4 match.

There is very little vis-blocking at some points of the map. This leads to a lot of polygons being drawn at once. Even on modest current hardware you will notice a drop in framerate at these corners of the level. More mapping experience would have helped to alleviate this issue with only minor compensation to the layout.

The place of stupid by MaTeL1S is a medium sized CTF map, which has a gothic style. It uses standard in-game textures, which presents a look of which has been done quite a bit over the years. The layout on the other hand has a different feel to it. There are different walkways of which to reach the other teams flag, yet it's still pretty wide open for the most part. Nevertheless it has a decent layout which doesn't use the same sort of straight path direction to the other flag kind of layout.

The bots are pretty much useless, as they like to keep running into walls, or run in circles. A lot of them like to just stand there, though if they see you they will try to kill you with their machine gun.

I recommend playing against humans, which isn't good since bots are very important in the scene these days. I think they could have been perfected with more work. With human players it could be enjoyable for a bit. 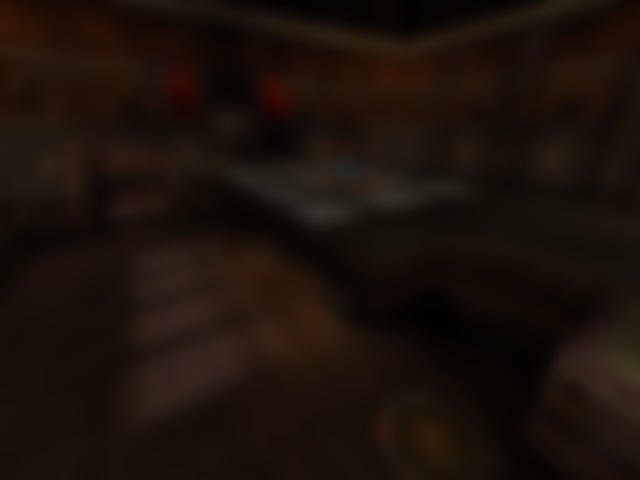