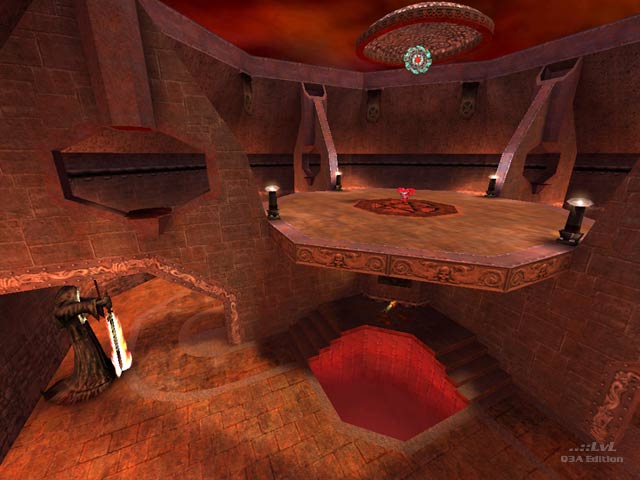 The first impression when looking around the map, is that it's just a box. But, this one is different because it's actually quite fun. Simmetry In Chaos is a miniature octagonal map which contains crushers, falling deaths, jumpads, all in one. It has 2 shotguns, rocket launchers, and railguns. The bottom of this map is a long hallway filled with all the weapons and health, while the next floor is a large octagon containing a red armor in the center.

Next to four sides of the second story are the crushers which have a powerup of either quad, invisibility, invulnerability, and regeneration. If you see a bot attempting to reach a powerup, simply shoot the button that is floating high in the middle of the map and smash them, watching their gibs fly. Simmetry in Chaos also contains an incredible model sitting on four sides of the map. Don't forget the jumpads on the bottom that boosts you up to the second section of the map which supplies some vertical action.

The bots play well in this map, most of the time putting up a great fight. They know the map grounds well (it is tiny, so they should) and they sometimes attempt to get the powerups as said before. All in all, they play marvelously. Item placement is ok, probably could have had less items. The map seems just to be lit by the sky, which isn't much of a problem though due to the its tiny size, but in the author's next maps shouldn't occur.

I believe that this is Vadik's first released map and it does show a lot of potential which I hope is used to create much larger maps in the near future.

Small download and it's good for a few rounds. It's just up to you if you should keep this one or not. 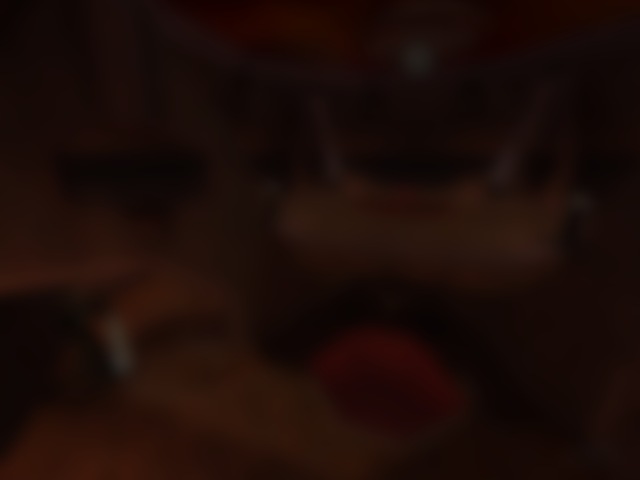