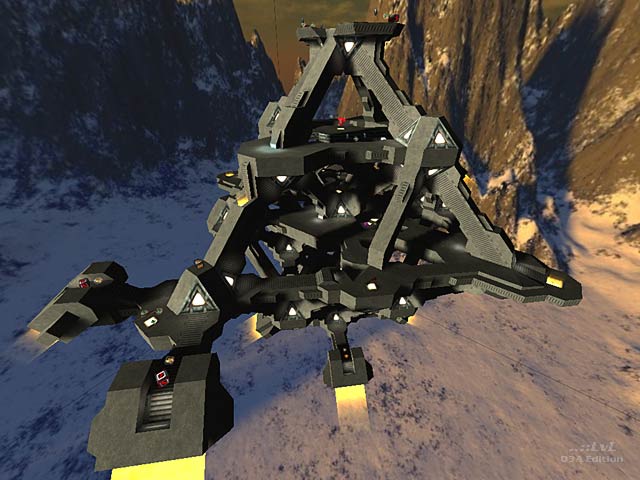 Another DM-void map for 3 to chaotic-amounts of players, this time by Benoit Stordeur, also known as Bal. The map is not recommended for bots.

The good points? Let us start with the design. This map is graphically well done and runs fast. It has solid architecture based on triangle-shapes which are textured nicely and it is accompanied by a good-looking skybox. The layout takes a while to remember and you'll find yourself falling off a lot of times, even when you're getting used to jumping around on these narrow platforms. Fortunately, you will not die when falling into the depths. Instead, you get teleported back into the map with only a small health penalty. This way players don't have to be extremely careful with their movements all the time, and can roughly dominate the maps like q3-monkeys, while still being encouraged not to fall off. When a player does fall off it will not kill the general flow of the gameplay either, as the falling-time is short enough, and you will be teleported quickly back in action.

So, with all these additions to tweak the gameplay and visuals, is this map really fun?

The author is a bit too hard on himself by saying it should not have been released because of horrible gameplay. But there is indeed a certain degree of frustration involved. 80% of your focus will be on moving around. When you eventually face another player it doesn't quite matter what weapon you have, it's difficult to frag each other either way. And of course, if you decide to blast off players with some rocket or grenade-explosions, your foe will simply teleport and have a new chance of getting an advantage with powerups and better positions.

Nice looks but unfortunately the type of gameplay is still too 'narrow' in many ways. 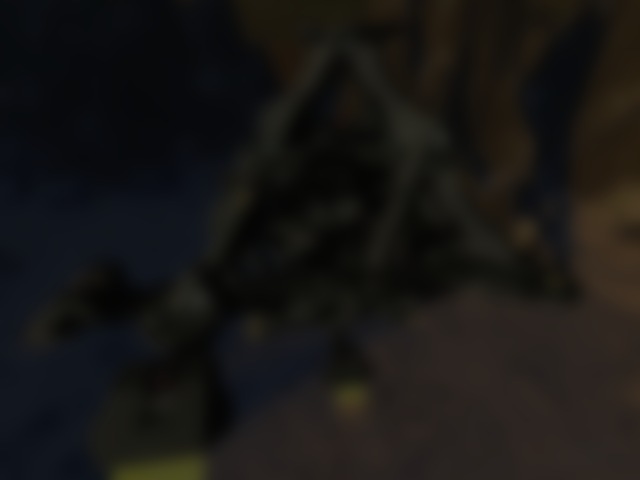