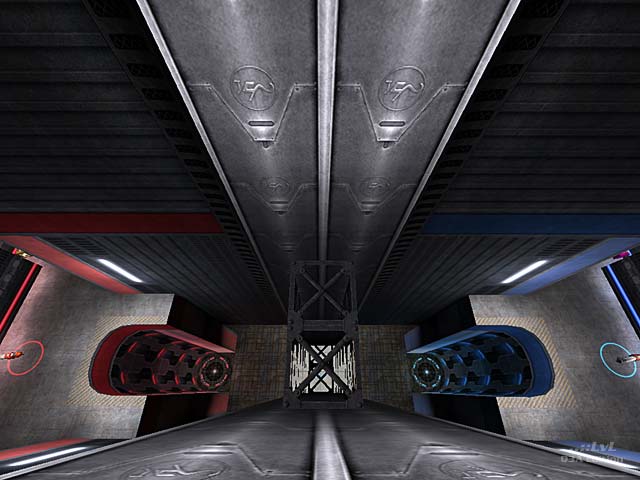 According to the author, this is a medium sized map without railgun. That's a pretty fair description, all things considered. The level isn't visually striking, but it's generally well designed, and the framerate is solid. There's a good selection of weapons and items, although the placement of both seems impractical at times. I still can't fathom why two shotguns were placed across from each other as opposed to a shotgun and some ammo boxes (for example). Also, there's a steep stairway with a heavy armor near the top, which is all fine and good except that you can't get back up the same way. This tends to get a bit annoying.

Bots move about the level well and presented a fair challenge, although they can be fairly predictable after a short while. 25 and 50 health pickups around virtually every corner takes away from the fight-for-your-life intensity quite a bit.

The build time for this map was two days. A little more time and fine-tuning might have made this map a little more memorable, but it's still fun for a few rounds in its current state, and some will definitely hang onto it.

Concrate Spam is a neat little CTF level by on-X that might get you and your mates involved in some fast paced action.

To be honest, I find CTF maps hard to review cos playing against bots is nothing like playing against real people and it's hard to organise a good LAN party to try out new maps with friends :) BUT, I think this level is pretty good. The Evillair texture set is used which looks pretty similar to a lot of other CTF maps out there, so nothing outstanding to report in that department, but they work well and the map looks good.

The level is quite small so there will be no colossal 6 vs 6 matches on this level unless instant death is something you enjoy, or you're interested in a very low scoring match. There is a flaw in the map because of its layout - the only way to get from base to base is through one "room" which makes for easy defending. Also, being quite small there are only really 2 different routes to take when capturing. Maybe a bit less symmetry would have been more interesting.

There are some neat sections in the map where jump pads help you on your route to the flag and you can expect enemies to be hiding round corners which is good. It almost reminds me of a part of Q3CTF2 - another good thing.

My favorite parts of the map are the sections made out of boxes. This is because they can be used for surprise attacks and speedy descents whilst trying to capture - especially if rocket jumps are used! The height of the boxes is nearly un-jumpable but made a lot easier if playing in the OSP mod.

Bots play well and you can tell the map has been designed with that in mind, but I still think CTF is at its best with human vs human teams.

Download it? Yeah why not. Definitely worth a look. I've played the level a few times now and it still interests me. Nice work.

Tigs notes: This is a fantastically fun map in a 2vs2 if everyone is a rocket jumping freak! Grab it if for sure if you can get 3 others to play. 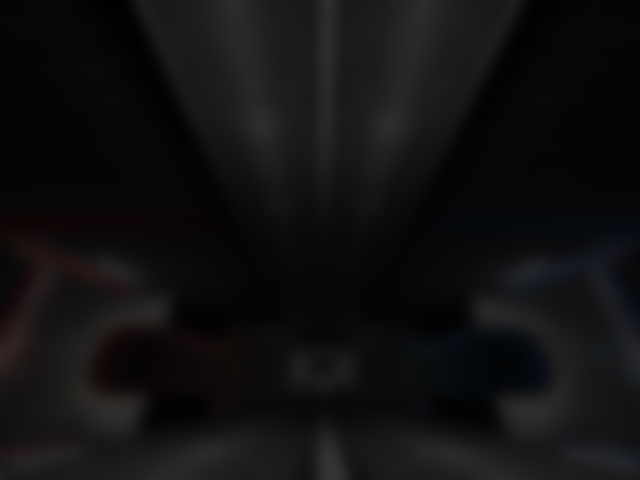