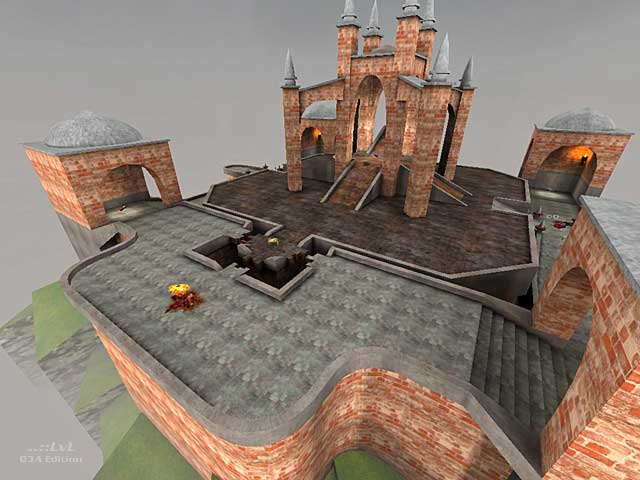 The Prayers Nest has some really neat design elements that I'd like to see in more maps. It feels like a mix of floater and base, and is well executed.

The visuals in this map are quite nice, with the whole map floating on a small ring of grassy terrain, high in the clouds. All non-id textures are extremely crisp, the brick especially. In addition to the looks is gameplay and it is surprisingly good for a symmetrical base. In the middle is the railgun, accompanied by a red armor. In each of the isolated areas around the edge of the map are different weapons or health. Whenever you spawn, you'll find something to tote not far off, which is always nice. Fighting is spread out, with slightly increased intensity in the RG area. I'd recommend 4 or more people for the most fun, although it does accommodate 1v1's.

Prayers Nest is a map that features some simple, yet striking visuals that are accented by some solid, fun FFA action. If you're looking for a map to pick up for your next LAN, or just to run around on with bots, you'll definitely want to pick this up.

It's not a really bad map or anything. But it is just a floating square platform with very little to it. There some Z-axis action but not much. The brick texture is nice, there's a little bit of Z-fighting. Imagine a very very simple version of Si'Metrik by Sock, or maybe one sixteenth of a Rocket Arena map and that kind of describes it.

But to be honest, the read-me is more complex than the map. The file is called mrh_dm1, which shouldn't overwrite any of Mr Herring's maps...I hope? It also explains why during loading the map is called a beta, etc etc. It sounds like this map is good fun for Hipshot and his buddies to play on, and who knows, maybe you and your buddies might enjoy it too. But most of you should probably pass on this map. 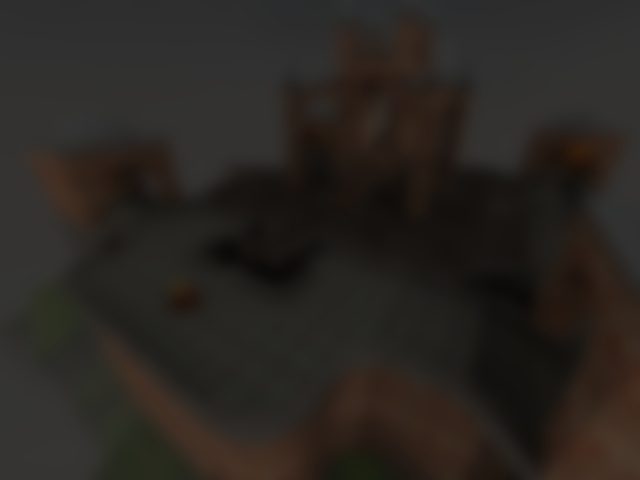