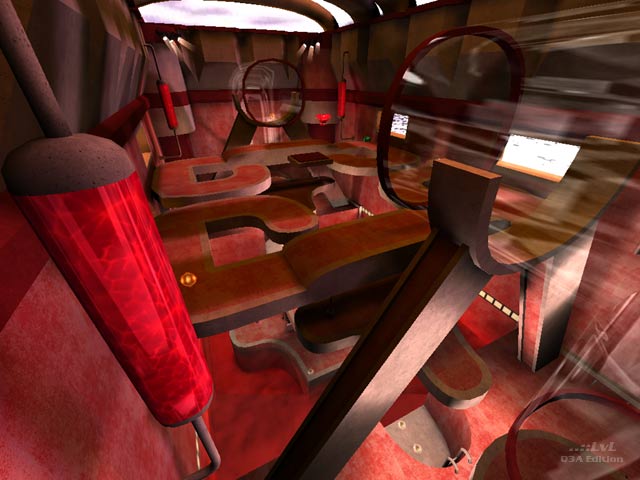 Pink and Curly isn't a new pasta recipe, a hairstyle or Hip Hop slang for describing a part of the human body. It is a simple, yet very interesting Quake 3 map by dONKEY extremely suitable for 1-on-1 DM or Tourney play.

Other than the 1970's Fab-5 architecture, complete with lava lamps, you'll notice it's a sunny day by the lake outside. Inside dONKEY's world though, don't be distracted by the view because you're likely to make a wrong step and fall straight to your bloody and messy death. You only have the player-default Machine Gun and a Rail Gun to frag your opponent. For your own protection, you can fight over the one Red Armor suspended above a moving platform at the top center of this multi-level open map or go after the one Yellow Armor at the bottom. Either way, you'll be out in the open and an easy sniper target. Different bots played extremely well in this map -- grabbing items and navigating the whole space -- sometimes better than I did. It's not a map for the run-backwards-and-hop style of player.

If you didn't explode on impact from an initial Rail Gun hit, you can pick up some strategically placed Armor Shards or Health and rejoin the fight. All in all, while Pink and Curly is described by dONKEY as a "quick little box map, built to give me a break from a larger terrain map project", it's very nicely done. 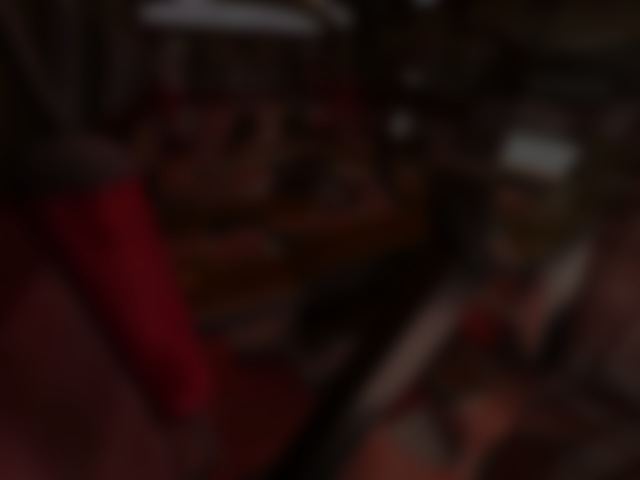