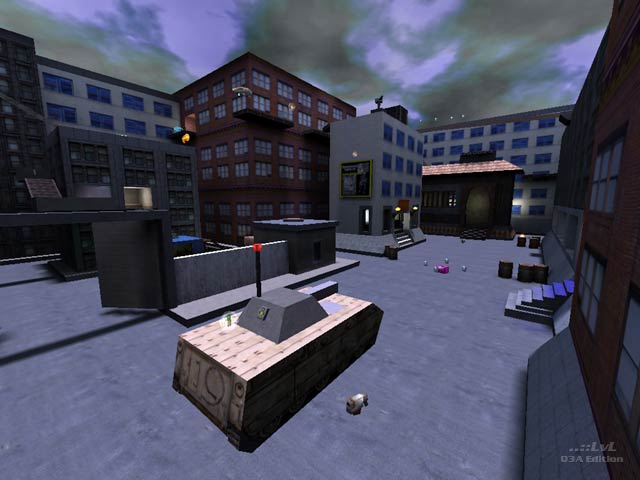 The first time I player-spawned on the rooftop of a building in Cityrush, I had to blink to make sure I hadn't somehow loaded Duke Nukem 3D, but I saw no Piggies with badges and felt better when I heard the familiar game voice telling me that a bot had joined the game. The DN3D look and feel of this map is pulled off well, down to the Playboy magazine cover lying around.

While some might complain that it is just a open box map, I would point out that most real city neighborhoods are also plain box maps. Hack-writer uses building facade textures with enough windows to create the appropriate visual scale of 1-6 story buildings in an urban fragfest. There are also several interesting shooter_ entities, like the tank and the gun triggered to protect the Red Armor, which I haven't seen used much since Q2. The bots did well, lighting is good, there are multiple respawn locations, and player items like weapons, health, ammo, and power-ups are distributed well.

Cityrush is a break from the overly-detailed and beveled maps and this Russian Q3A map author seems to understand that gaming is just supposed to be fun. It is a fairly simple map with a retro urban gaming theme that is fun to play FFA, but especially CTF. It would be great for a Fraggin' Friday LAN party -- the more, the merrier. 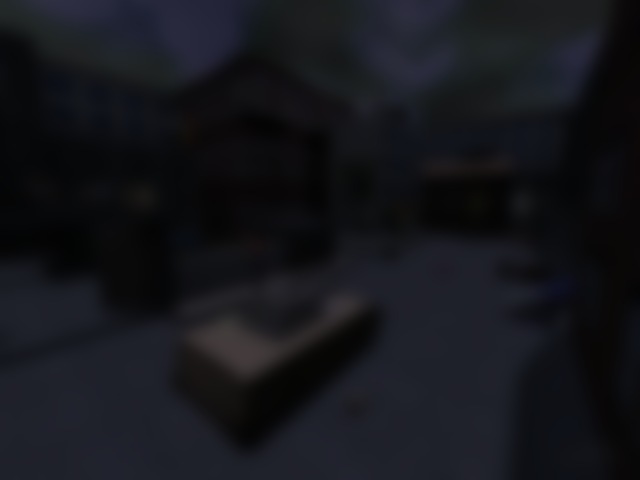