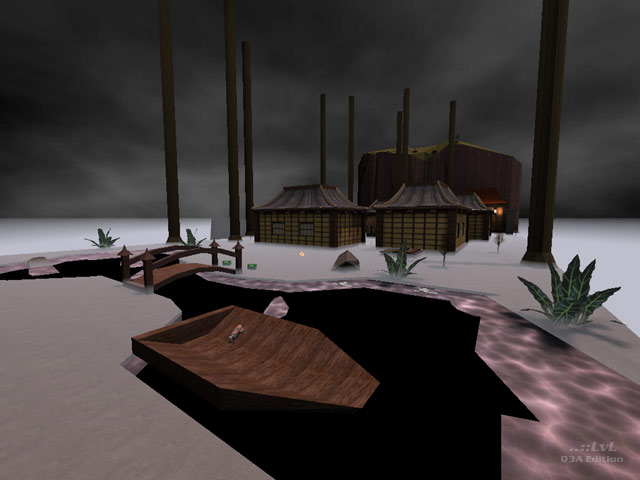 The first problem with Iron Raiden is that it was zipped poorly. If you "use folder names" while extracting, you'll end up with a folder containing the map in your baseq3 folder instead of the map itself. I know this is minor, but it's all in the details people. Similarly, the next problem is that there is a missing texture and a missing sound. Unfortunately we're not starting out good here.

The map consists of several dojo-type buildings, with a cliff at one end, a wall on the other, and non-enterable space on the sides. Gameplay is almost completely horizontal, unless you manage to get on top of one of the buildings. These dojo-type buildings are just barely big enough for one player and many items are within them. This means that many battles take place in the doorways while you are trying to get in or out. There is one RL on top of one of the dojo's, but you have to jump up each rung of the ladder to get to it. You've been fragged most of the time before you manage to jump up the 5 or 6 times to get to the top. No RG though, which may be a blessing in such an open map.

Gameplay was OK, and bots played nicely, but they didn't stray much from the center of the complex of buildings. They used the gong-teleporter, but seemed to stay away from the armor and health regenerating cave.

I'll give it an "E" for effort, but it falls short of the mark. Might be fun for a few go-rounds, and it's something different to look at. 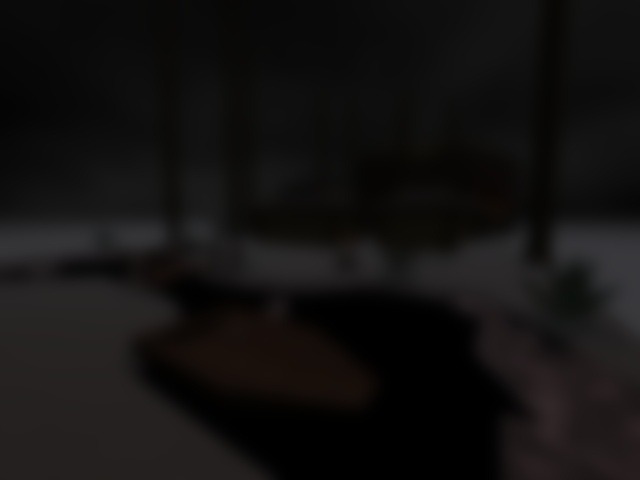