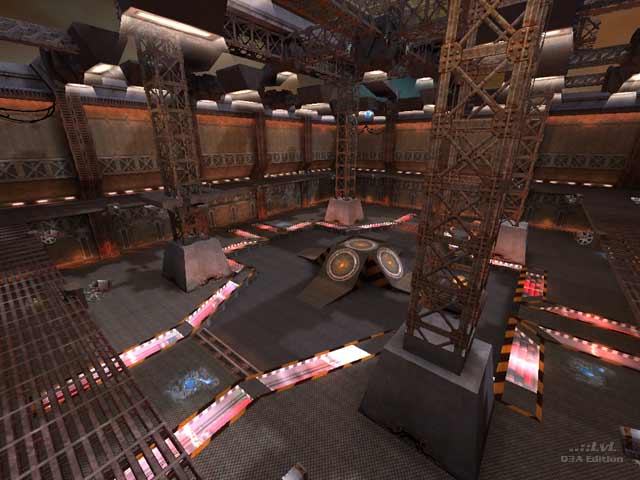 Metal Arena is a box map. There is an attempt at some fairly pleasing geometry by the author, but to be honest, little else. As a first exercise is mapping the level is a fair example and I'm sure later levels by the author will have benefited from the experience of making this.

There are textures missing most likely from the mapmedia.pk3. Publishing a level with missing textures once again highlights the importance of having a 'cleaned up' version of Q3A to test levels in.

There is very little, if any, use of the clip brush. If you fly up out of the top of the map a lot of surfaces are being drawn that could have been caulked.

Bot play is OK, although due to the nature of the map, not challenging. The central jump pads tend to be utilised by the bots by accident rather than design.

In brief, there are elements of this map that indicate the author has some ability but as it stands this is more of a learning exercise for the creator than a finished playable level.

The .txt file for castdm2 says this map is a first-time map by Castigador, but it also mentions "/map tig_one". The .arena script long name is Mondelo Map#2 and the filename dm2 seem to indicate there has been a mix-up somewhere. The startup levelshot says Metal Arena, so I'll call it that. It is now aptly named in that camera models and spotlights hang from metal girders in what is essentially a large box with an open second tier ledge accessible only by a central set of angled bounce pads in the middle of the arena. The screenshot basically shows the whole map.

There is a limited amount of ammo and health. The megahealth hovers high above the center-most bounce pad up near the rafters. One red armor is easily accessible from both levels. Your machine gun, plus the shot gun, lightning gun, rocket launcher and rail gun are your available weapons, but with limited ammo you may find yourself continually switching. Bots use the jump pads and seemingly access the entire map but there is no guess work on bot behavior due to the open box design. You can see anything coming from a long way off. 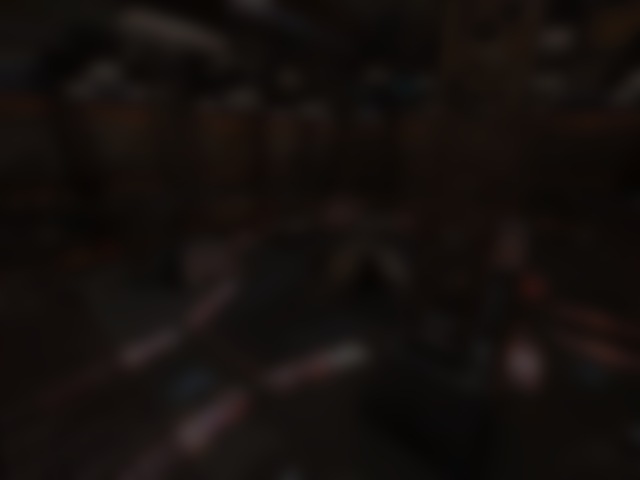