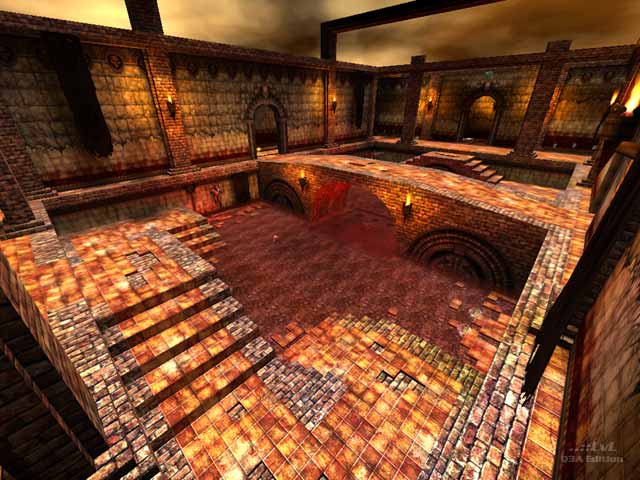 Arenaz is an odd duck to be sure. It consists of four separate areas all interconnected with a central spawn point (for humans, bots spawn anywhere). Each area has a specific theme to it: Rocket - A small room with outer ring chamber, red fog and red walls. Rail - Pyramid structure with a central MH pickoff bounce pad. Very vertical. Shotgun - Tight twisty dark hallways. Grenade Launcher - Small bright chamber with little room to hide.

Each area has it's own feel to it and, to achieve it's maximum potential, each area should be played with the weaponry supplied therein. This being said, it's obvious that the best way to play this map will be one on one against a human, a player that will understand that the rocket launcher will be used in the rocket arena, the rail in the rail arena, etc. Bots play O.K. but they will (rightly so, in their eyes) travel willy-nilly from one area to the next, disrupting the feel of each separate area.

This is a different sort of map, but one could be fun if played one on one with the right (human) person. 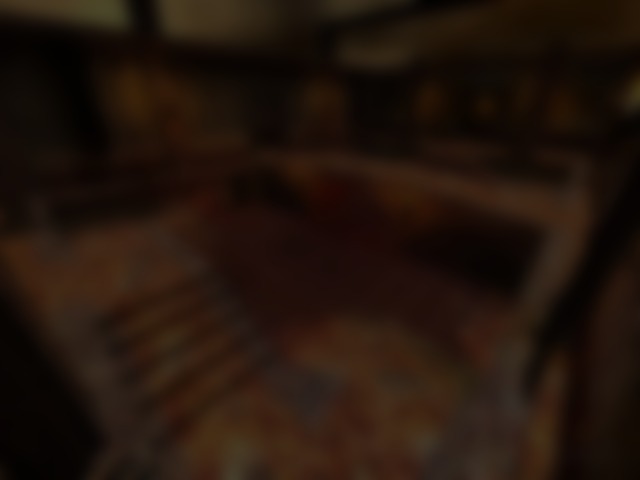