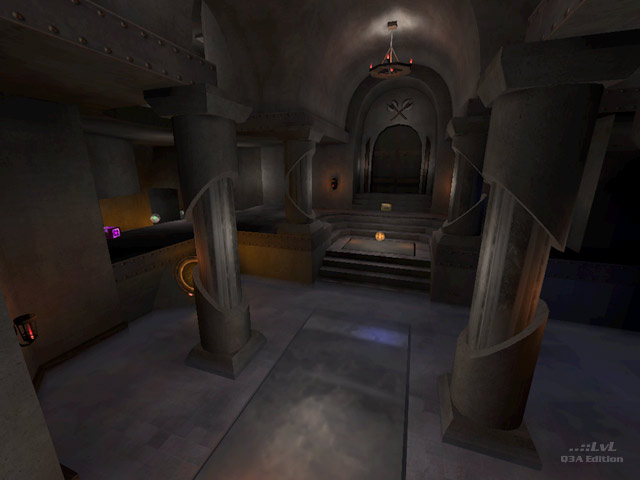 The Torture Chamber attempts, according to the readme, to be a dark (-yes), creepy (-not so much), cathedral themed (-sort of) map. It is rather plain and dull, most likely by design though as it is a torture chamber. It has a couple of architectural oddities for variety and some ground fog for atmosphere. The oddities include coffins, scythes on the walls, and an electric chair for ambiance. What might have made the map more interesting, would have been to spice it up by, say, having the electric chair give you something, but possibly penalize you at the same time. For example: a MH as a lure, but a health drain you if you touch anything but the seat portion where the MH would rest. These types of additions may have made it more like a torture chamber as the name would imply. As it is now, the chair and other items exist purely for looks. Overall, it feels like you're playing in an under stocked torture dungeon, it's too spartan. Maybe they had difficulty obtaining funding for the Rack, the Heretics fork, the Wheel, Thumbscrews, etc. Nice coffins and teleporters though.

Playability is fair, though there's a MH and RA that are way too close together and too easy to get. It would have been better had the columns separating these two require a strafe jump, or something more challenging.

Fun for a couple of rounds, but a map that won't be around long in my rotation. 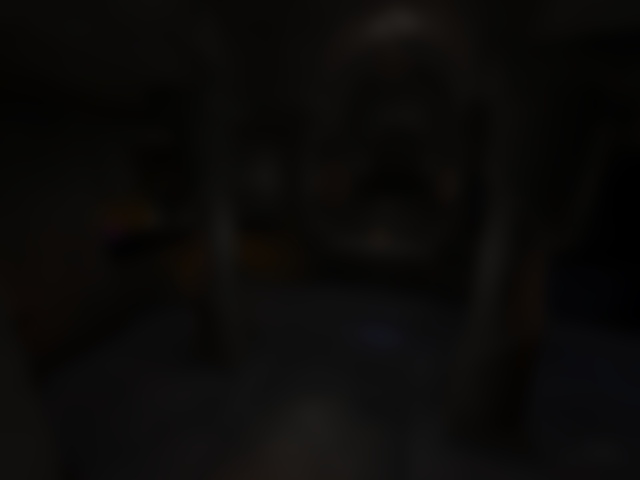