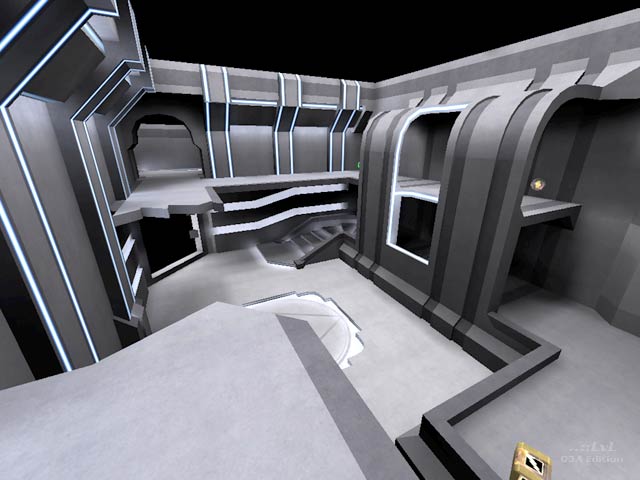 Necro4 by NecrosiS is a map designed for use with Cpma. Making use of EvilLair's DSI texture pack, this is a tourney map that houses all q3 weapons except for the PG and BFG.

The map consists of two larger rooms which are brought together by a small room in between. There is a second level which moves along the top portion of the map, and it is easy to reach for the most part since the map is so connective. Their is an overkill amount of ramp edges placed everywhere allowing for trick jumps. Trick jumps should be placed more to influence the player in taking direction toward achieving item collection along with good coverage enough to suprise their opponent in the middle of a battle. I found alot of the jumps in this map were there just for the sake of jumping, but lacked the focus to drive a person in any specific direction of attack, and for the most part things are a little to wide open. I found myself hitting my face straight into a wall regularly when coming out of the tele on the lower level also. Teleporters are a great way to help a player reach quick acceleration in promode play, so if they aren't placed correctly and strategically than it can make a major effect on gameplay.

In conclusion, I feel that the map was a bit rushed and didn't recieve the play testing that alot of promode maps require these days. Worth a good look though. Expect to see more from this author in the future.

Update: The download is now the correct and final version of the level. (25.Dec.2003) 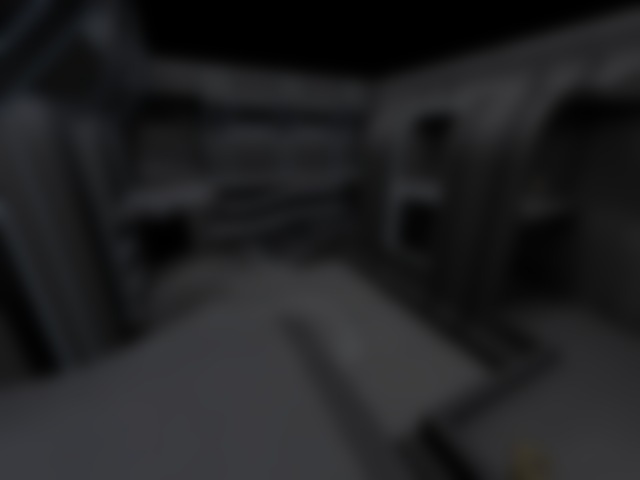