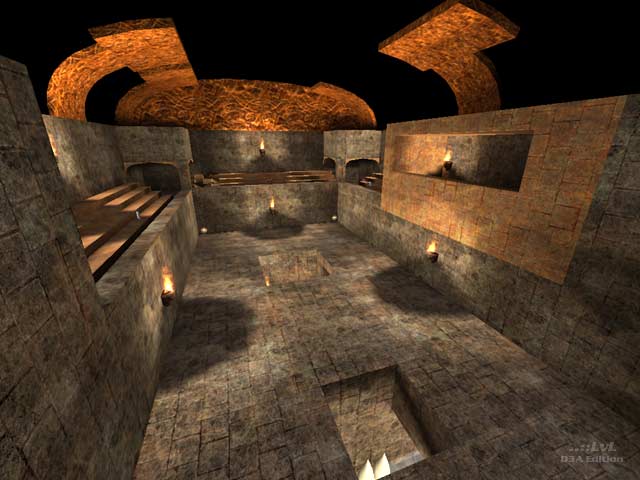 With due allowance for the fact that {DEMO}LITION is - according to the readme - only 15, I have to say this level is a triumph of wishful thinking over mapping skill. Apparently it's a modification of a Tomb Raider level. Whatever. It is however butt-ugly, built almost entirely of gothic block texture, mostly fullbright, and is a catalog of errors: water brushes butting up against each other without nodraw on the sides, a sky that is too low, a bouncepad with insufficient clearance, some totally pointless traps, and some seriously blocky architecture. It looks like the kind of map someone would build if they'd never seen another Q3A map before.

We're in Cranky Steve territory here, I'm afraid. In an attempt to be positive, I'd say: go back and re-read the Radiant manual, and try something a little less tricksy (as Gollum would say) next time. Tricks 'n traps are for Doom II levels, not Q3A. Finally: if you're going to cover an entire level in two textures, next time try to make them textures we haven't seen a thousand times before. 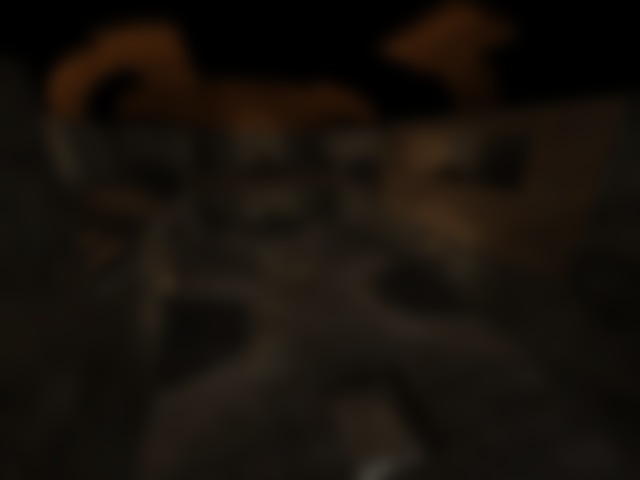