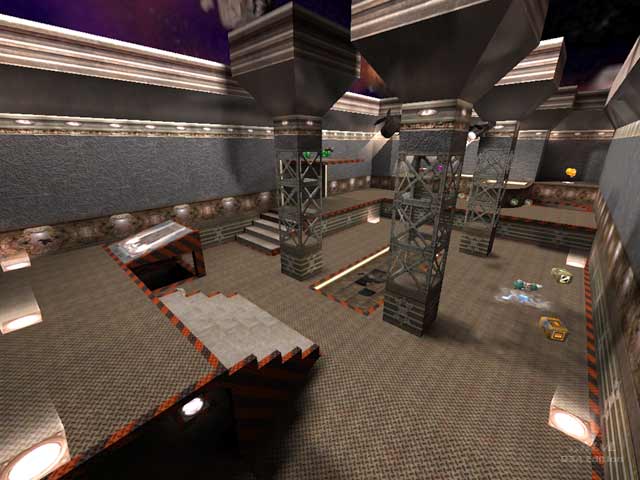 This is a base-style map built across several levels. Although there's a strong vertical component, there isn't much interactivity between each level of the map apart from the commuting. The architecture and texturing are a bit plain and the hazard stripes are overused. Bots generally make good use of the map and the fighting moves fluidly from one part to another. Some areas don't see much activity, but this isn't a major concern.

Although the style of the map is rather plain and simple, I hope Requiem will be a mapper whose works are worth keeping an eye out for in future. Definitely an improvement on Requiem's first map. The pk3 includes base_wall and base_floor shader scripts, but doesn't need them, and is missing a couple of textures from the mapmedia.pk3.