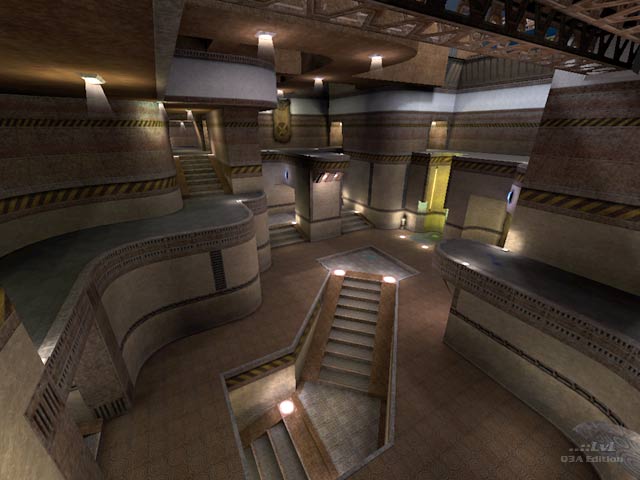 This is a well constructed map with vaguely base-style texturing. It's meant to be a tourney level, but the scale is out of proportion to the game type. For each 15 minute match (3 in all), you spend a lot of the time wandering around collecting items. The lazy strategy is to grab the MH and simply circle the room where the RL is because your opponent will be through there sooner or later. If the scale of the map was a third or half the size, it would have made for better play. It's almost impossible for your health to drop below 100 unless you get into a firefight and even then you'll usually come out of it safe and sound. There is a second major room with a RG, but there is no desperate need to go there unless you want the RG itself. There is good connectivity throughout the map, although I'm not so keen on teleporters that only shuttle you between A and B. The steps up from one TP to the RL invite potential ambushes from behind. FFA games are pretty much the same as tourney matches, but they bring home the fact that the design suits tourney even if the overall size does not. (I should, however, note that the author did some of his testing via promode so the design may be geared to CPMA rather than vQ3.)

It's not a bad map, but it doesn't (may not) succeed in what it's meant to do. 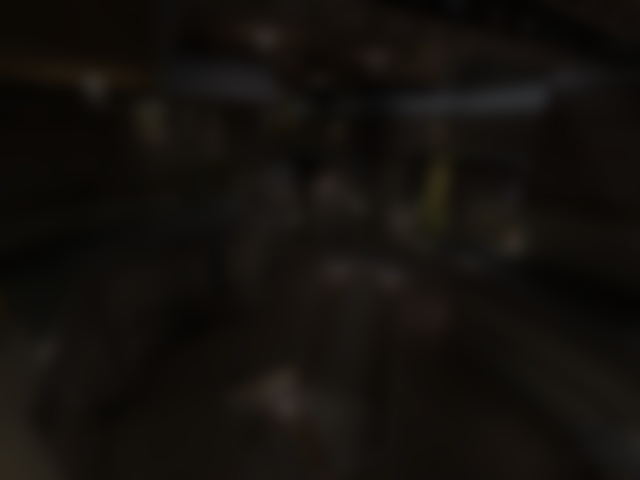