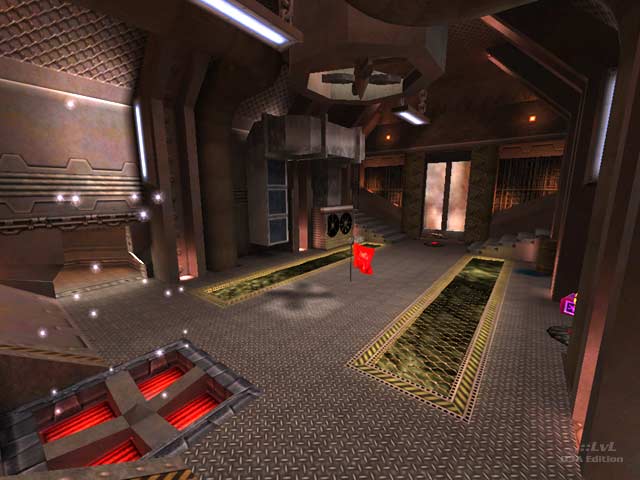 Right from the start, you know this is not some beginner's map. The look of the map reminds me of a mix between some Quake 2 maps and the colonist base from the movie Aliens and even the Doom 3 screenshots we have all seen.

The map is part of a project called the Mars-project where several mappers will present levels with the same theme: the colonization of the Planet Mars in the future. The project is still going on and I really hope to see a pack for all these maps! Customs textures and models are present and there is too much to be said here for the credits since the readme is rather lengthy, go check the readme file!

The base is stuck inside a mountain with some open courtyards in the middle. Quad is in the ground between each base. There are a number of small tunnels but only 4 major entrances to each base. Lots of items, which is nice and weapons are carefully placed and never too far away. Gameplay is smooth and furious when you encounter your opponents in the small corridors, but if you go in the courtyard you can have some good fights with more room to move. Bots are good but they do tend to always take the same route.

Another quality maps for Quake 3, the last one from Mopan! Worth every byte of the download! 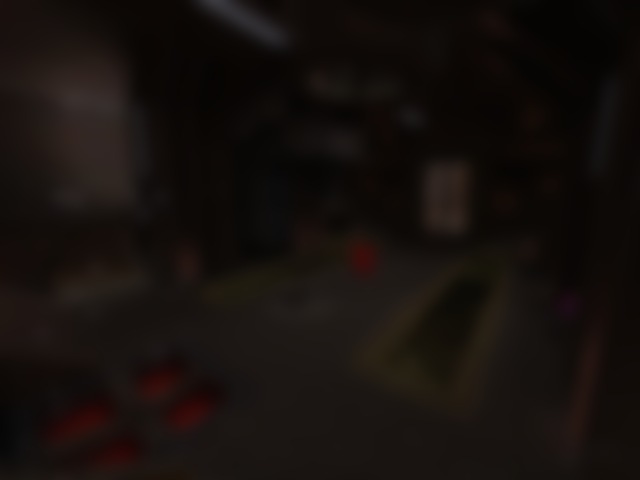