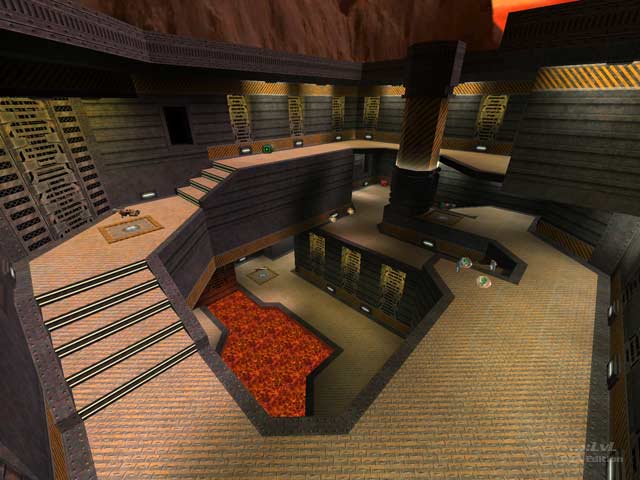 q3jdm9a by the Hubster is a 1v1 map created and optimised for use with the CPMA mod. The map is also known as cpm19 and can be found in CPM Mappack 5. It is also remix of q3jdm9 by Jude which was released back in 2000. The similarity between the two are completely overwhelming and in my opinion this is one of the greatest map conversions released.

Making wonderful use of the Evil 8 texture set by Evil Lair and the Mars skybox by Sock, the environment of the map is just addictive. Those of you familiar with the original will find yourself feeling very at home, as this is arguably one of the greatest tourney levels ever made.

Dominating your opponent is quite a challenge. The item placement has been layed out for the pro tourney player in mind, and it shows. Promode physics play a big part in highlighting the strength and connectivily of the layout.

The botplay has been optimised and is outstanding. The pit from the original version has been replaced with lava which corrects the suicidal bot syndrome that the original had. Although it is enhanced for promode play, I believe that vQ3 players will also be very happy with it.

There are some mappers which have the primary focus of making a map for visual value, while others aim towards design based on gameplay rather than beauty. This map goes to show that combining looks and gameplay go hand in hand.

The Hubster has really out done himself this time and any custom map connoisseur will find this a worthy candidate of adding to their collection. DOWNLOAD THIS NOW! 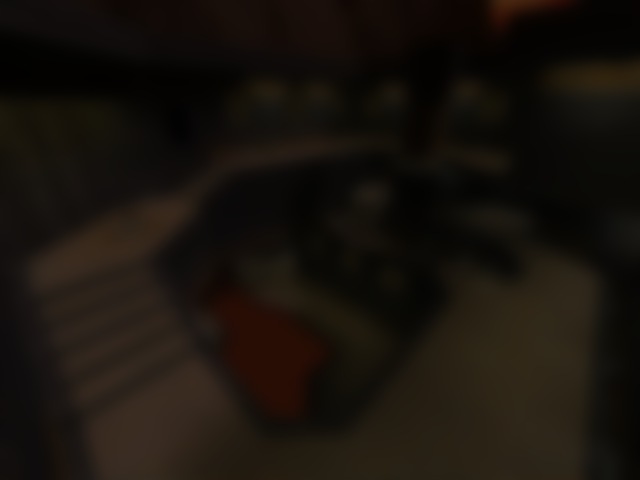