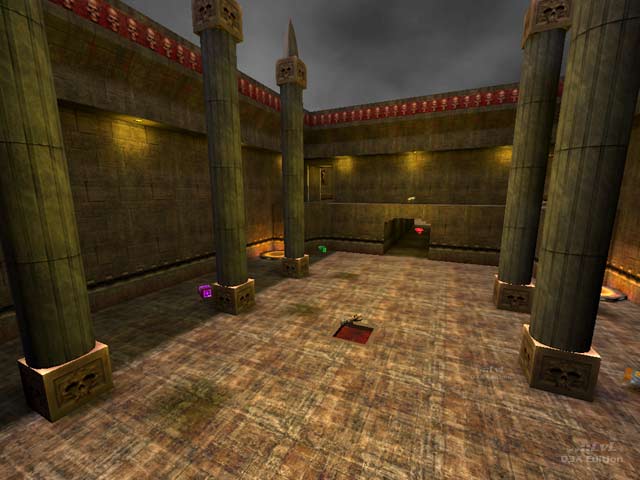 This is a very straightforward map with two large separated rooms. It has good architecture and lighting, but there's a missing texture on top of the columns. No .arena file has been included, so you'll have to load it via the /map command in the console.

The bots play very well and usually make it past a trapdoor leading to the red armor. I didn't particularly like the trapdoor. Don't try to pass over the trapdoor in spectator mode - you'll fall to the bottom and it's very hard to escape!

Overall, there's not much game play in this map. It's essentially going from one identical room to another and the rooms are too spacious for their own good.

A good try by the author, but most will want to pass on this one.