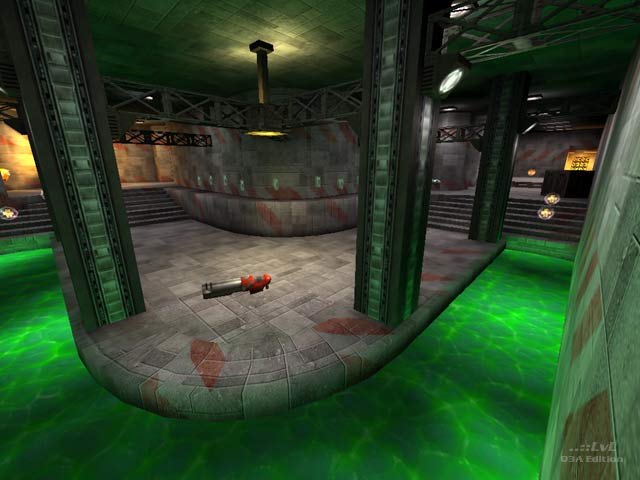 The first Quake 3 map by this author, and he states that he loves Q3Radiant. What he doesn't love is a lot of textures, as there are very few in the level. Brushwork is okay, nothing spectacular, but r_speeds tend to get fairly high once more bots are added in, especially if you go anywhere near the suggested 10. I say about 5 is fairly acceptable as the limit.

Bot play is good, with the Bots using just about all of the map, and I didn't find any getting stuck anywhere. The main thing that concerns me about the map is that it is WAY to cramped in some places, as in you can't strafe at all. This causes a lot of self-made deaths with the rocket launcher, which tends to get frustrating after a while.

There are three powerups in the level which is not a very large playing field. Quad Damage is fine, but once the Regeneration and the Haste come into it, it turns into quite a novelty effect.

Weapon placement is alright but you will often find yourself picking up leftovers most of the time. This map is fun for a bit, but that's it.

Its only just over a meg so you might as well check it out, but you probably won't keep it. 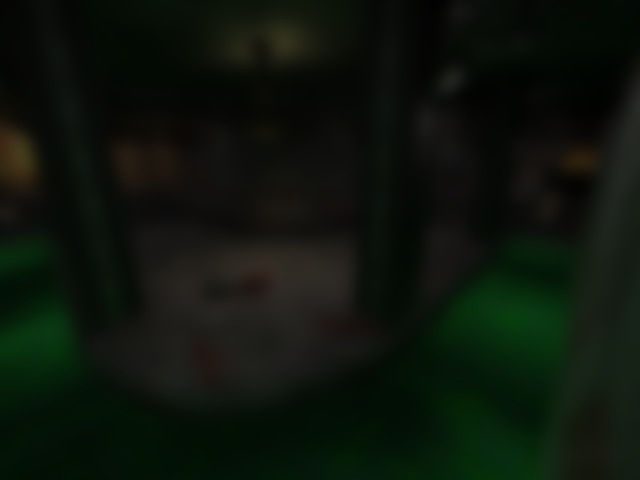