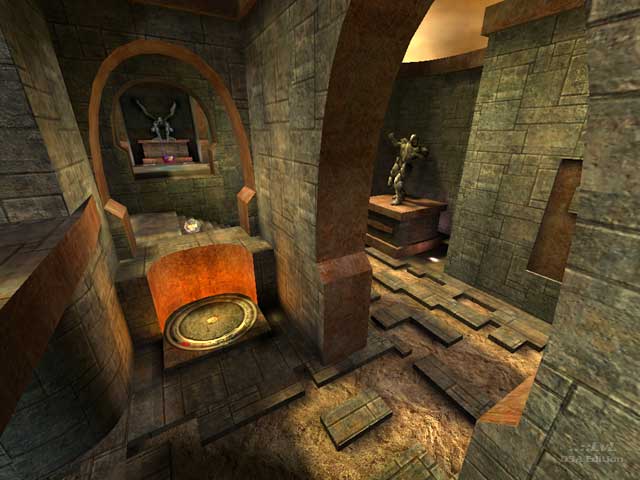 A really small map with a ruined castle theme. You will not notice the fact that the level is really a box map because of the architecture. Although set outdoors, it's not too open and there are even some small places to hide - great for game play. In the lower area there the floor is all broken stone. Nice work, looks great and makes it interesting. Textures are well chosen, but nothing outstanding. Just one texture pick is a bit confusing to me. The author used a blue texture below the weapons to mark the spawn points, which looks a bit strange and doesn't fit to the map. As far as weapon placement goes, it is very balanced. No overpowered weapons, just the normal one like the rocket launcher, plasma gun, shotgun and grenade launcher. I'd say, that the RL is the most powerful weapon in this level and the author must have thought the same as he has placed it in an obscure location. There are no special items but the hidden megahealth. Though you won't have to search too long for it. The best thing about the map besides the architecture is the game play, which is really fast and very enjoyable even in 1 on 1. Load 3 players on a server and it becomes even more interesting, but that is the limit. Bots do not have noticeable problems, they just do not seem to like the jumpads that much. The lighting is a bit strange, especially in the upper area. If you look down there you will notice the flickering light everywhere. This is really odd as there is no noticeable source of the light to come from and it also looks crap. But that's just nitpick. Another thing I noticed is that this map might have some slow downs on slower machines but these won't be that terrible.

A great 1on1 map, that is really worth the download.

It's the first map from the Author and you know that right away. Xtreme Insanity is a typical box map utilizing standard Gothic textures. What makes this map different is its size - it's just a damn small box with a bunch of arches thrown inside connected via stairs and jump pads. There are some small technical issues like z-fighting due to lack of caulk behind patches or some relatively high r_speeds (around 10k) for so simple architecture. The gamely is simple but much better than one might expect - bots play well but tend to stick to RL/MH area.

Not a keeper and TDM is just a joke. 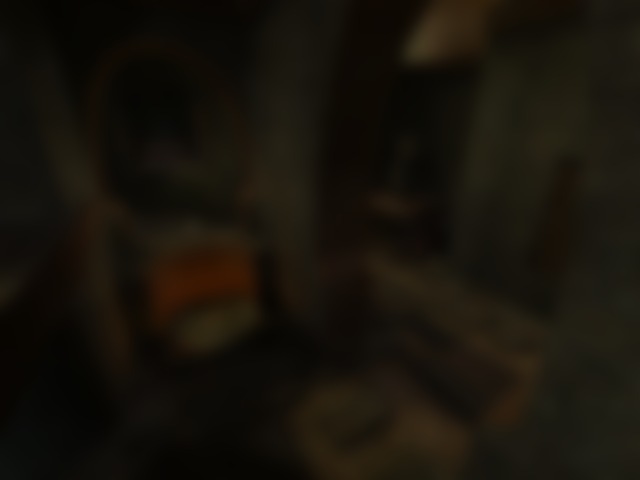