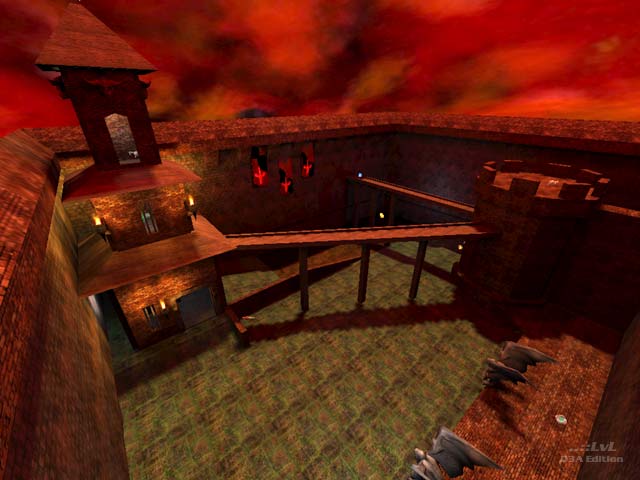 The author's first Q3A map shows two multi-leveled towers put in a large open area. At the different levels of each tower, you find different weapons, including the railgun, the grenade launcher, and the grappling hook. Via teleport, you reach the quad on top of the first tower. Both towers are perfect for a sniper, who can easily pick other players fighting with the rocket launcher or the plasma gun in the open area. Another problem is location of an armour, the megahealth, and 3 golden health balls in a small portion of the map. You find the plasma gun in the sub-terrain level of the map. That area has narrow hallways that become a frag-fest for any player shooting from one of the ends of it. The texturing shows some nitpicks, such as using the brick wall texture for walls and floors at the same time. There are also a few z-fighting errors. The lighting of the map is very uneven with completely dark areas where you can barely see the enemy (unless you use vertex lighting). Bots have serious problems playing this map. When they reach the lower level, they tend to get stuck in the water areas and walk against the walls with no sense.

The short built time of one week, did not allow this map to profit from a serious beta testing. Better to leave this one alone. 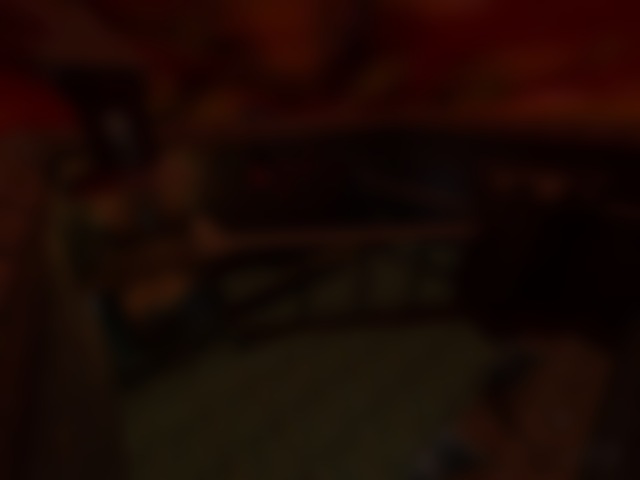