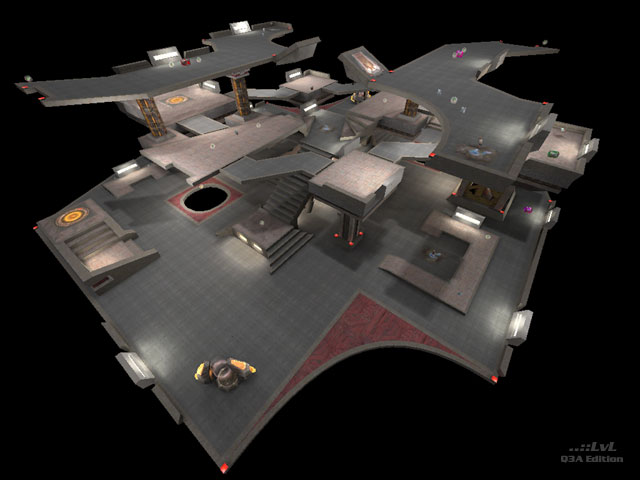 dm3-space is a multi-tiered space map featuring a strong vertical element. Item placement is well thought out with more powerful items situated lower down in the map which removes the camping element found in many space maps. The railgun is on a one minute spawn which also makes life more tricky for would-be campers.

Personally I feel the level is a little shy on armour as there is only a red armour and a few shards, an extra yellow armour or two would have helped a lot. I also had a bit of a problem with rate speeds especially with bots where I dropped below 30fps on occasions (but hey, my cpu isn't exactly top of the line). Botplay not bad although they tend to hang around the lower areas of the map and they spend enough time in the void that they shouldn't give you too many problems.

If you are a space fan with a decent machine this map is well worth a look. 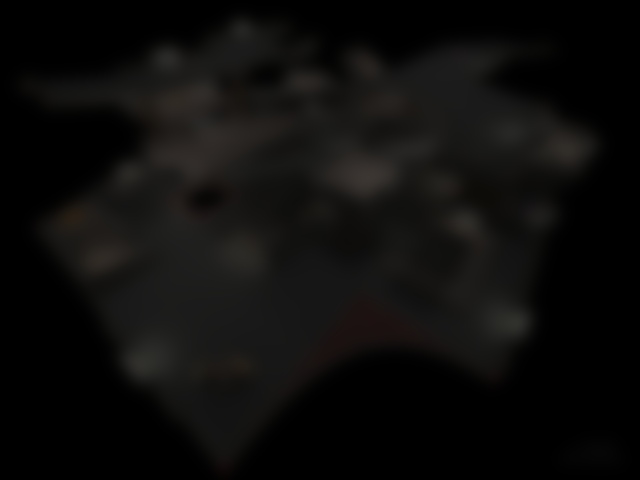