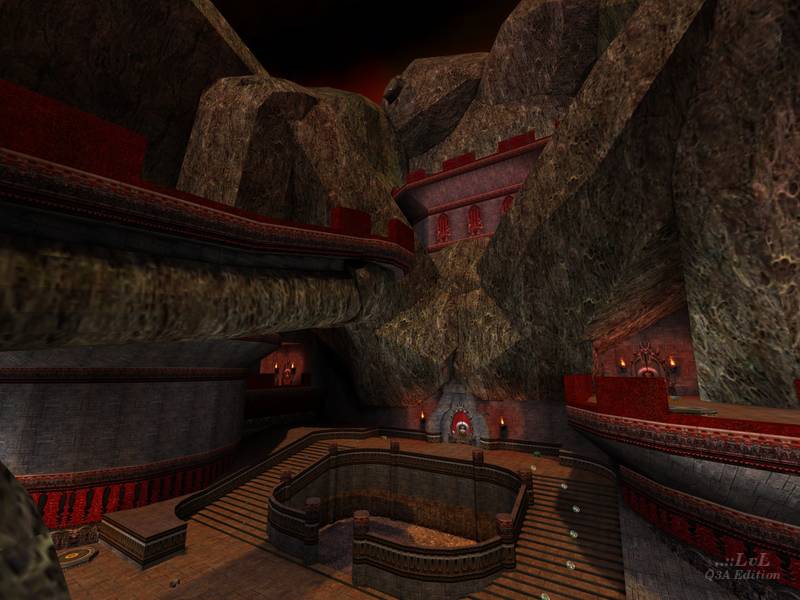 The infamous Levelord, responsible for the first ever Spacemap (Edge of Oblivion, hipdm1, from Scourge of Armagon, Quake 1 mission pack) and the first ever 4 inch high DM level (SPRY [aka Behind Zee Bookcase], SiN) has released his first Q3A DM level.

The level is an over-the-top DM level that is a blast against bots. Playing humans is not strategic, there is a superabundance of everything - health, Armour, Power-ups and weapons. 5 to 6 players is optimal, any less and the game play is all about gearing up, any more and it is a camper's paradise. The architecture features a number of very memorable items. A nice touch is the small version of HIPDM1 floating behind the round womb-like window. You can get stuck behind the window but besides this technical problem its a pretty cool self reference.

The female form in the rock face and the rampant manhood aimed at her is probably the most memorable feature. Just how excited he is will be apparent when you go for the Quad or BFG. Lets just say the Quad is perfectly positioned for a Clitoris piercing. The legs are a scaled up version of those found in a level from HeavyMetal FAKK2. The level was only ever play-tested with bots, play-testing against humans would have resulted in more strategic item placement.

Its a fun map that really rams the 'fun' element home. 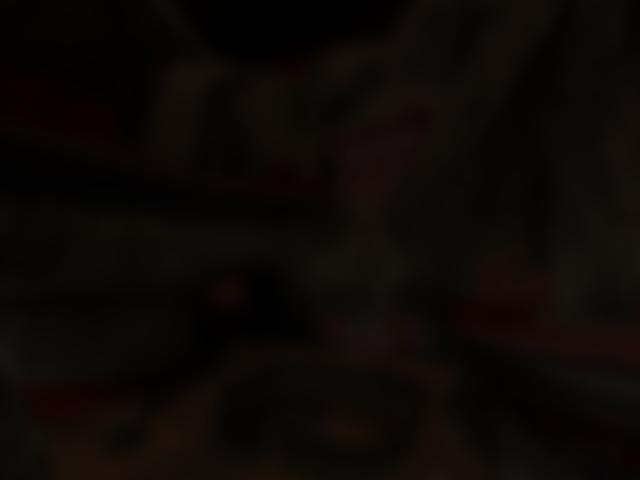