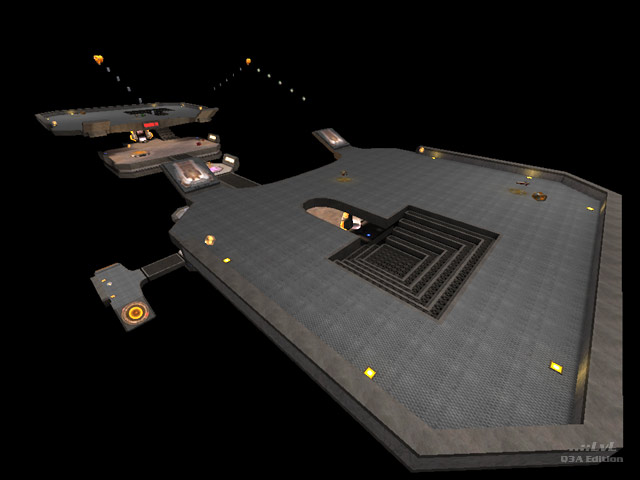 Another tiered space level. At the top, you have (worthless) grenades, Shotguns, and mixed armour and health. The next tier has the Rocket Launcher and a surprise power-up for a space level - a Battle Suit! Might make for an interesting twist against the typical Quad Damage machinegun kills.

Predictably enough you will find the rail and lots of ammo at the bottom. Ammo, health, and armour isn't distributed particularly well. All the health and armour is up high, and ammo is placed right next to its respective weapon. Not really where you need it. Bots are generally helpless so long as you keep yourself stocked and don't let them run the Railgun too often. 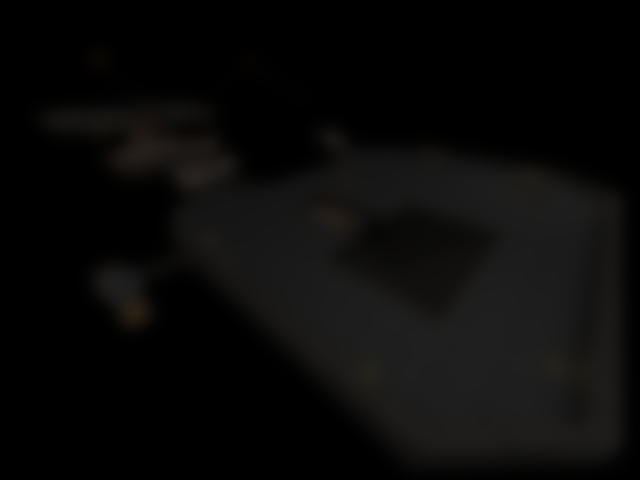