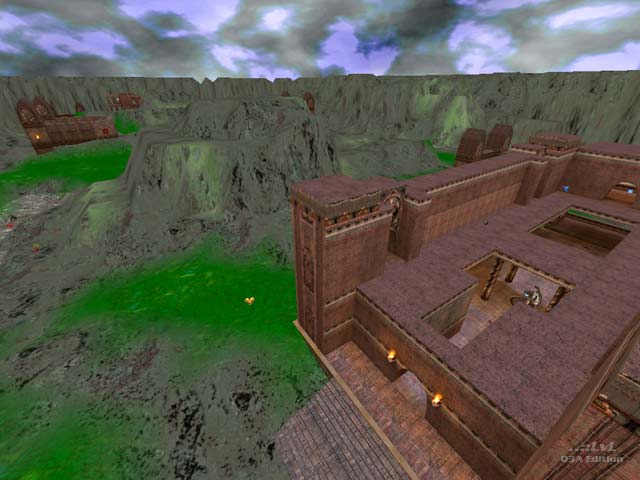 Mirrored castles separated by rolling plains and ringed by a steep walled valley. Walls, small mountains and lakes dot the plain offering sniping spots. The rim of the valley has footpaths that meander towards the castle. Deep toxic lakes flank one side of the castles.

This map is full of love hate problems. It is not much to look at, the plains are.. well... green, and the canyon rims are just grey. The castles are easy to defend and have a simple layout with two tight hallway entrances and a wide open veranda. Weapon and ammo placement is haphazard at best a lot of weapons near each castle and others scattered about the map. You are going to need your running shoes; the map almost to big.

That said, the map provides a lot of fun in game play. The rolling hills make for duck and fire combat, and it is possible to stalk a foe by weaving around the hills.

All TA play modes are supported CTF One flag CTF, and Harvester are fun but the winner is Overload. For Overlord the author thoughtfully placed the BFG in the middle of the plains with just enough ammo to Maul but not kill the skull. This little addition makes for an intense base offence/defence.

Bot play is very nice. They use all paths, avoid the toxic lakes, attack and defend with great zeal, and in groups.

Not much to look at but fun to play. 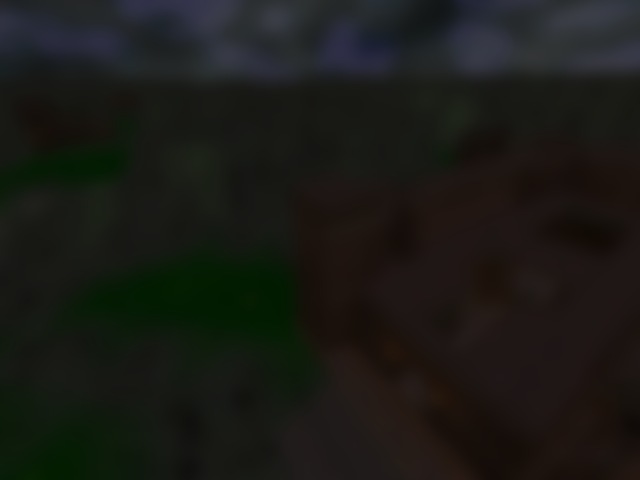